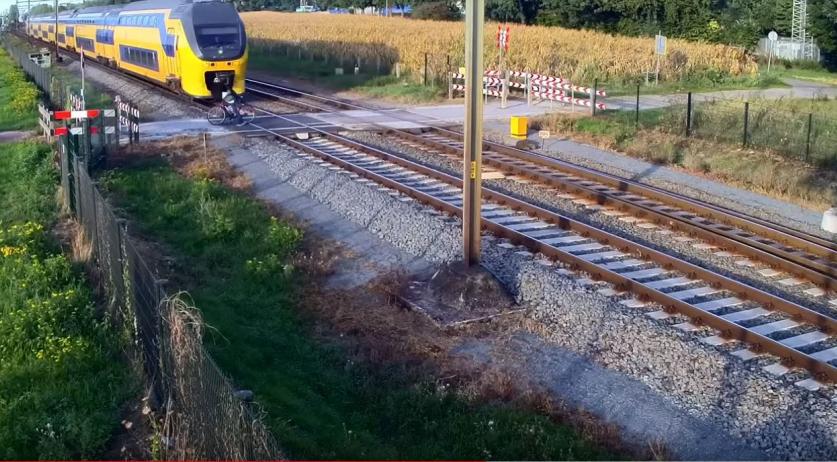 ProRail launched a new campaign to warn against the danger of level crossings, both guarded and unguarded. The campaign consists of videos of near-misses. According to ProRail, there were over 3,600 such incidents this year, many of them recorded on camera, NOS reports.

Not all incidents end in a near-miss. A total of 13 people were killed on the railway this year, excluding incidents of suicide, according to the rail manager.

The first video, posted on Saturday, shows a cyclist crossing at an unguarded railway crossing. He first waits for a freight train to pass, but apparently did not notice an intercity train coming from the other way. It was a miraculous escape for the cyclist - only the rear light of his bicycle was hit.

This is the first time ProRail is releasing these near-accident videos. The rail manager has been warning about the dangers of rail crossings for some time, but the message must often be repeated, a spokesperson said to NOS.