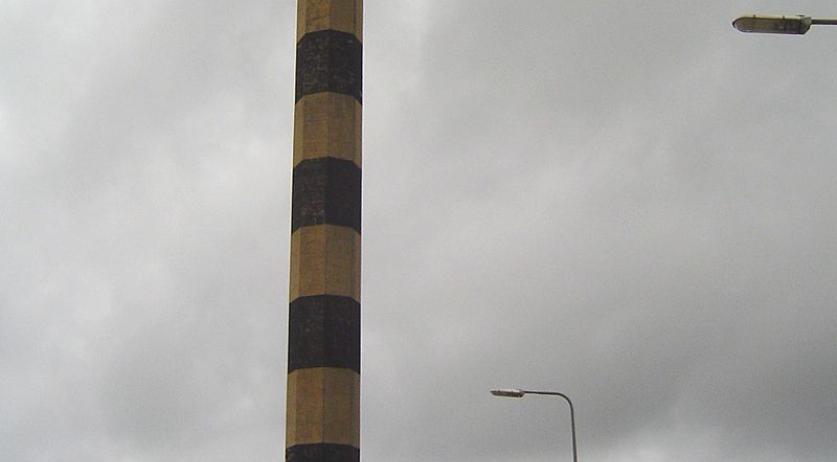 Netherlands' tallest lighthouse may be demolished

The Port of Rotterdam Authority and the national government are currently considering what to do with the no longer used lighthouse on the Maasvlakte in Rotterdam - the tallest lighthouse in the Netherlands. Dismantling and breaking it down is one of the options being examined. The Dutch Lighthouse Association is against this and thinks the lighthouse should get the status of a monument, NOS reports.

The yellow and black striped lighthouse is almost 45 years old and stands 65 meters tall. Remarkably, the lighthouse is surrounded by land. The sea water that used to stand next to it made way for land when the Tweede Maasvlakte was constructed.

"Ten years ago the light went out. Literally. The lighthouse lost its function", Johan Bol, chairman of the Dutch Lighthouse Association said to NOS. Since 2008 the lighthouse was used as a radar scanner for the Coast Guard. But now a new radar tower has been built on the edge of the Tweede Maasvlakte, and the lighthouse is no longer in use.

"It is still worth preserving as a monument. It is, for example, the last lighthouse built. The need for lighthouses disappeared with the arrival of automatic positioning on ships. Ships no longer have to navigate on the light of lighthouses like they did in the 19th century", Bol said to the broadcaster. "So no new lighthouses will be built. It is also the highest lighthouse and the only one made of reinforced concrete. In addition, it also tells the story of the development of the port of Rotterdam."

Bol thinks opening the lighthouse to the public would be a good idea. "Futureland, which is close by here, could take over the exploitation. I think you have a beautiful view of the Maasvlakte from the top."

GroenLinks posed written questions to the Rotterdam city council about the possible dismantling of the lighthouse. Alderman Bas Kurvers promised to investigate the cultural-historical value of the structure, according to NOS.