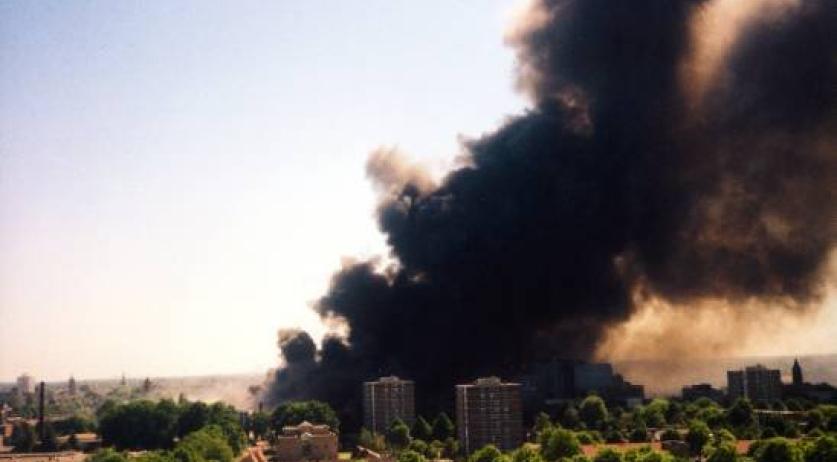 Former European Parliamentarian Paul van Buitenen is filing a complaint against TNO accusing the research institute of committing fraud during the investigation into the catastrophic fireworks explosion in Enschede in 2000, investigative journalism platform Follow the Money reported on Monday. This prompted SE Fireworks director Rudi Bakker to file a review request in an ultimate attempt to force the judiciary to re-do the entire investigation, RTV Oost reports.

The Enschede fireworks explosion in May 2000 is one of the largest disasters in the post-war history of the Netherlands. The explosion of the SE Fireworks store cost 23 lives, including those of four firefighters, left almost a thousand people wounded and wiped a large part of the Rombeek district off the map. To this day it is still a mystery who was responsible for the first flame of the fire that ultimately caused the catastrophic explosions, according to RTV Oost.

Van Buitenen spent four years studying thousands of pages on the fireworks disaster and speaking to dozens of witnesses. In June he released his first conclusions - the Dutch authorities made multiple mistakes while investigating the disaster, and the Public Prosecutor deliberately misled the judiciary to make sure that the criminal investigation had only one conclusion: that the government was not to blame.

The two directors of SE Fireworks were convicted of death through negligence because they stored too strong fireworks in their bunkers. The TNO report on the disaster played an important role in these convictions. The two directors always denied this charge, saying that they stored much lighter fireworks than the judiciary accused them of.

The former MEP now concluded that TNO committed investigative fraud in the investigation. According to Van Buitenen, the gravity of the explosion was not so much caused by the caliber of fireworks in the bunkers, but especially the way in which the fireworks were stored. He based this conclusion on tests in Poland in 2005, which showed that even lighter projectiles can cause extreme explosions. Earlier research into the fireworks disaster in Culemborg in 1991 also supports this conclusion.

According to Van Buitenen, TNO was under pressure from politicians in The Hague, who demanded quick answers in the lengthy investigation into the cause of the disaster. The conclusion that SE Fireworks had too much and too strong fireworks in their bunkers, meant that more severe sentences could be imposed on the SE Fireworks directors. In this way the directors would be blamed for the disaster, while the alleged poor supervision by the local and national government were not mentioned. "TNO knowingly misinterpreted the enormous explosion to keep the government out of the case", according to Follow the Money.

According to Van Buitenen, this is shown by the fact that TNO contradicted itself in its report to the authorities and a subsequent subsidy application. In the report to the judiciary in 2001, TNO said that SE Fireworks stored too much and too strong fireworks and that this caused the disaster. TNO also submitted an application to the European Union for funding for a comprehensive scientific investigation into the disaster. In that application TNO said the investigation was necessary "because the cause could not be determined" and the gigantic explosions were "inexplicable". "The performance of TNO is dubious", Van Buitenen concluded. He believes that this suggests scientific fraud and he will therefore file a report.

Maarten Lortzer, a spokesperson for TNO, told Follow the Money that the institute has not yet been informed about these accusations. "If they lead to a complaint, we will respond to it carefully."