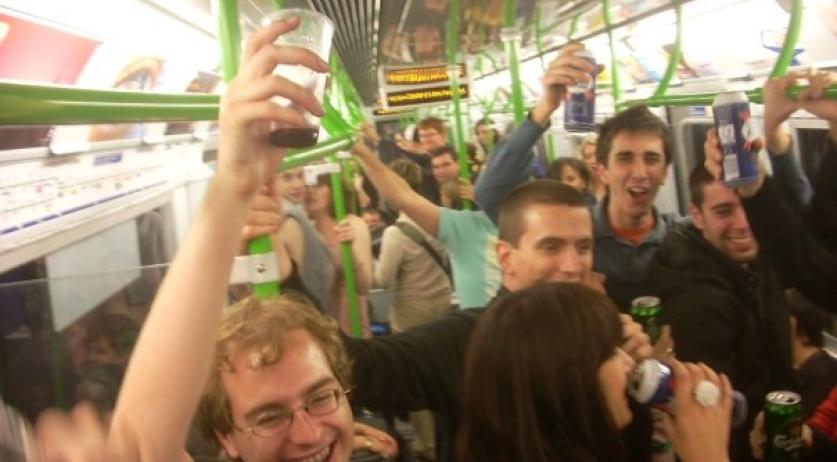 Teenagers in the Netherlands start drinking at a later age, though those who do consume alcohol don't drink any less than in previous years, according to a study by newspaper Trouw, the Trimbos Institute, the Jellinek addiction institute, and the Netherlands Institute for Alcohol Policy.

Recent figures show that the proportion of 13-year-olds that have ever drunk alcohol decreased from 70 percent in 2005 to 27 percent now, according to the newspaper. The downward trend started a decade ago, but it ws strengthened by raising the minimum age of alcohol consumption from 16 to 18 in 2013. Another contributing factor is information campaigns changing the attitude of parents - more than half now believe their child can try alcohol after the age of 16. In 2013 more than 46 percent of 15-year-olds consumed alcohol for the first time, now it's 40 percent.

It is important that the average age at which young people start drinking alcohol is increasing, experts told the newspaper. American research shows that every year older a child is before starting to consume alcohol, decreases the risk of alcohol related problems later in life.

The proportion of 16-year-olds who drink alcohol, however, remained stable over the past years. Half of 16-year-olds consumed alcohol during the past month - that figure has been basically unchanged for years. In 2010, 17-year-olds drank on average the same amount of alcohol as teens who are 17-years-old this year, although the latter group started drinking on average two years later. The number of teens who binge drink also remained at the same level.