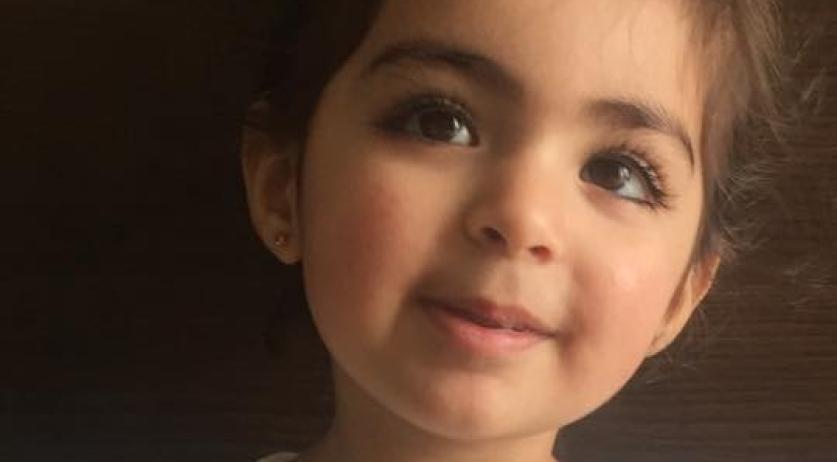 The trial against six men suspected of involvement in the abduction of Insiya Hemani from her grandmother's Amsterdam apartment starts on Monday. The court allocated five days for this trial. The seventh suspect, Insiya's father Shehzad Hemani, is currently in India and will not be tried this week, Het Parool reports.

Insiya was violently abducted from her grandmother's apartment on Watergraafsmeer in September 2016. The police quickly concluded that her father ordered the abduction, but the then 2-year-old girl had already been spirited away to Mumbai. She's been living there with her father since.

Early this year a court in India ruled that Insiya must be returned to her mother Nadia Rashid's custody in March. Hemani prevented the girl's return to the Netherlands by appealing against the ruling. In August Hemani's legal team said that a court ruled that Insiya will stay with her father in India. According to his lawyers, the Indian judiciary sided with their stance that Insiya's mother is the child’s abductor, not Hemani.

Rashid whole-heartedly disputed the interpretation of the court hearing as stated by Hemani's team. "The Supreme Court never said that India considers me a kidnapper," Rashid told the NL Times in an interview at the time. "The Supreme Court has referred the whole case back to the family court, they have to decide the custody issue within 6 months," she continued, saying that the family court must ignore an earlier ruling blocking Insiya's return to the Netherlands.

Hemani and Rashid have been separated, and fighting over custody of Insiya, for years. Before their separation, they mainly lived in India. In 2014 Rashid came to the Netherlands with her daughter, to start the divorce procedures here.