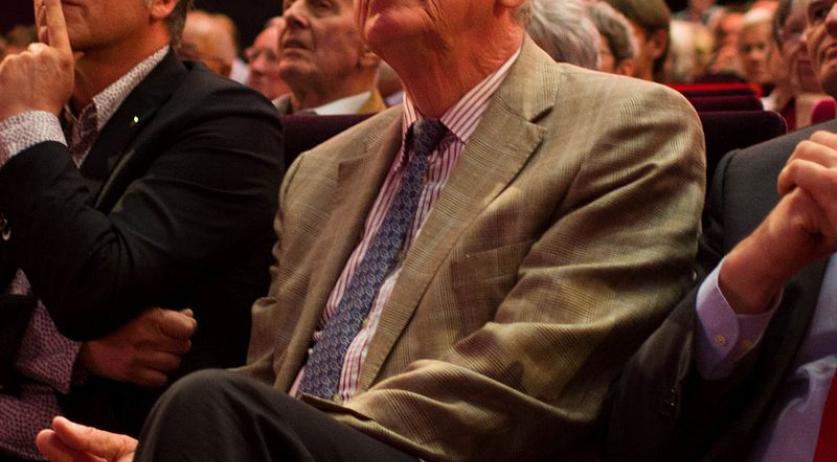 Former Prime Minister Wim Kok (PvdA) passed away after a long illness, his family revealed on Saturday. Over the weekend King Willem-Alexander and various politicians responded to his death. Kok was a well respected man to whom the Netherlands owes a great deal of gratitude, was the general theme of their reactions.

"With the greatest respect, we commemorate Wim Kok", King Willem-Alexander said on the Royal House's Facebook page. "For many years he worked conscientiously for our country. As trade union president he was one of those who laid the foundation for our Polder Model. As Minister of Finance and Prime Minister, he instilled confidence through his integrity and talent to make complex problems manageable. Social compassion was the keynote in his life. The Netherlands owes him a great deal of gratitude. On this sad day our thoughts go out to his wife and his family."

"Wim Kok was a man worth looking up to," said current Prime Minister Mark Rutte. "Completely reliable, perfectly honest and always focused on a solution," Rutte said of Kok. "He was a man with a great sense of responsibility who placed high demands on himself and on those people who worked with him." Rutte added, "A great man to whom our country owes many thanks. A man too who will be missed, above all by his family and family. I wish his wife, children and grandchildren, his friends political and otherwise, much strength."

PvdA leader Lodewijk Asscher called Kok a "Prime Minister for all Dutch" and a "model of integrity. Driven, authoritative, loyal, incredibly involved", RTL Nieuws reports. He described Kok as "a serving leader for what was in fashion" and "a man who could work unimaginably hard for the benefit of others". On Twitter he said: "We remember Wim Kok with great gratitude an great respect, and wish his wife Rita, his children, grandchildren, other family, friends and acquaintances strength with the processing of this enormous loss."

"He had a special combination of timid embarrassment and charisma. I once witnessed Wim Kok during a campaign long after he left politics. Somewhere in February 2010 we walked across a cold and windy Plein 40-45 in Amsterdam West. It was a campaign for the municipal elections", Asscher said, according to RTL. "I was walking with roses and leaflets, Wim Kok did not need to hand out anything. It was magical, as if a magnet walked across the market. 'Oh Mr. Kok, if only you were still here', one lady said to him. He smiled a little. That is exactly what we are feeling now. Oh Mr. Kok, if only you were still here..."

Other party leaders also responded to Kok's death. "The Netherlands lost a statesman who was able to bridge social and political contradictions and who was appreciated by many for his substantive style, his calm and authority", CDA leader Sybrand Buma said on Twitter.

ChristenUnie leader Gert-Jan Segers expressed similar sentiments. "Wim Kok was a son of the Polder, who bridged oppositions over the course of his life and became a statesman in that way. He leaves behind a rich social and political heritage."

D66 leader Rob Jetten praised Kok's willingness to compromise. "Sad news about Wim Kok. The man stood for compromise. For cooperation across borders. We will miss his wisdom and calm." GroenLinks leader Jesse Klaver described Kok as a "wise and authoritative Prime Minister."

Tunahan Kuzu, party leader for DENK and forme PvdA parliamentarian, called news of Kok's death very sad. "The trade union man my parents looked up to and the Prime Minister of my youth has passed away", he said, according to NOS. 50Plus leader Henk Krol said on Twitter: "Deep respect. A politician who permanently left a mark on our society."

"Wim Kok was a special Amsterdammer. He lived in Slotervaart in Amsterdam-West for a large part of his life", Amsterdam mayor Femke Halsema wrote on the municipality's website on behalf of the city government. "With his trade union work and impressive political career, Wim Kok meant a lot to the country and the city. Amsterdam lost a precious resident. We wish his wife Rita, his children and relatives a lot of strength."

"Wim Kok set an an example of a good democratic Prime Minister", former PvdA parliamentarian Jacques Wallage, who worked closely with Kok for over a decade, said to NOS. "His attitude was: be sober, be reliable, do not be too political. Don't always look if something will benefit you politically, but also give room to your political opponents. That is his lasting meaning and I think he will be remembered like that."

Former Deputy Prime Minister Hans Wiegel said to RTL Nieuws: "I knew he was ill, but that he was so sick, I did not know. We never ruled together, I mainly knew him as a trade union man. We met every now and again. He was a very good Prime Minister. I think he belongs to the list of excellent Prime Ministers."

Kok was Prime Minister of two social-liberal Paars [purple] cabinets. Under Kok's leadership the Netherlands legalized gay marriage, lifted the ban on prostitution and implemented the euthanasia law, according to NOS.