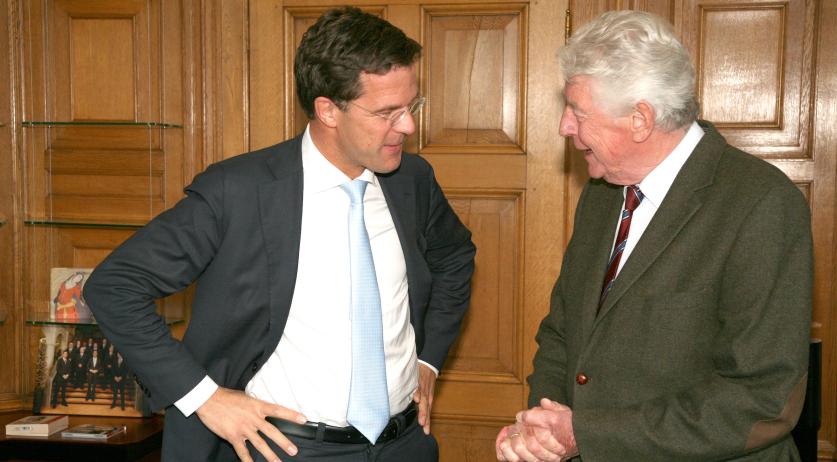 Former Dutch Prime Minister Wim Kok has died at the age of 80 years old after fighting a lengthy illness. He became the country's leader following the election in 1994, when he led Labour (PvdA) into a coalition with the conservative VVD and centrist D66 parties.

"Wim Kok was a man worth looking up to," said current Prime Minister Mark Rutte. "Completely reliable, perfectly honest and always focused on a solution," Rutte said of Kok. "He was a man with a great sense of responsibility who placed high demands on himself and on those people who worked with him."

Though PvdA lost seats in 1994 they outperformed the other parties. They recouped their losses in the next election four years later, when Kok formed a second coalition government with the same parties that lasted nearly four more years through mid 2002.

He led the Netherlands through an economic boom, and he won admiration and respect abroad. He is frequently described as being frank and honest, with a strong ability to build accord.

Kok took control of the Labour party in 1986, and led the party to a strong enough position to be part of the coalition government after the 1989 election. He became the finance minister in that cabinet, Prime Minister Ruud Lubbers' third.

Of Kok, Rutte added, "A great man to whom our country owes many thanks. A man too who will be missed, above all by his family and family. I wish his wife, children and grandchildren, his friends political and otherwise, much strength."