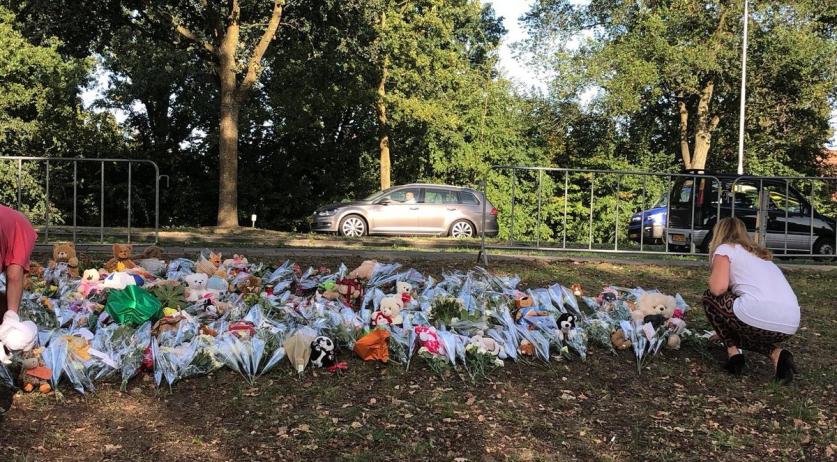 The 11-year-old girl and 32-year-old woman seriously injured in a collision between a Stint electric cargo bike and a train in Oss last week, are both in a stable condition, the police said in a statement. Both are still in hospital. The police are still investigating the cause of the accident.

Four children, aged 4, 4, 6 and 8 years, were killed in the accident. The 32-year-old childminder was taking them and the 11-year-old girl to primary school when they were hit by a train at a railway crossing on Braakstraat. The police have not yet spoken to the childminder or the injured girl. "They will be spoken to at a later date", the police said. The injured girl and two of the other young victims were sisters.

The childminder's family asked the police to express their gratitude for all the support they received. "Our daughter and wife is out of danger. We want to thank everyone for te support and help we're receiving from family, friends, colleagues, parents, children, social workers, acquaintances and strangers. It is heartwarming and it carries us in this difficult period. At the same time our thoughts go out to the other families that are involved. We wish them a lot of strength."

The police investigation into the fatal crash is still in full swing. Investigators are speaking to witnesses, examining video footage of the accident, and investigating the Stint cargo bike. "At this moment there are no conclusions to be drawn about the circumstances of the accident", the police said.

SAAM, the umbrella organization that covers primary school De Korenaer, which the young victims attended, published an obituary on Monday. "If a promising future of young children suddenly stops, you are overwhelmed by intense grief", SAAM wrote. "The lives of the families involved are destroyed. We sympathize intensely with them. With the childminder. With all those who love them. Let's stand together."

De Korenaer published some photos of the memorial corner set up for the children. It consists of three tables, surrounded by flowers, candles and photos of the deceased children. Four small trees, covered in cards and drawings, stand between the tables. "Our children, parents, colleagues remember, are sad, make, do, comfort together with the children who are so missed in our midst", the school wrote with the photos.