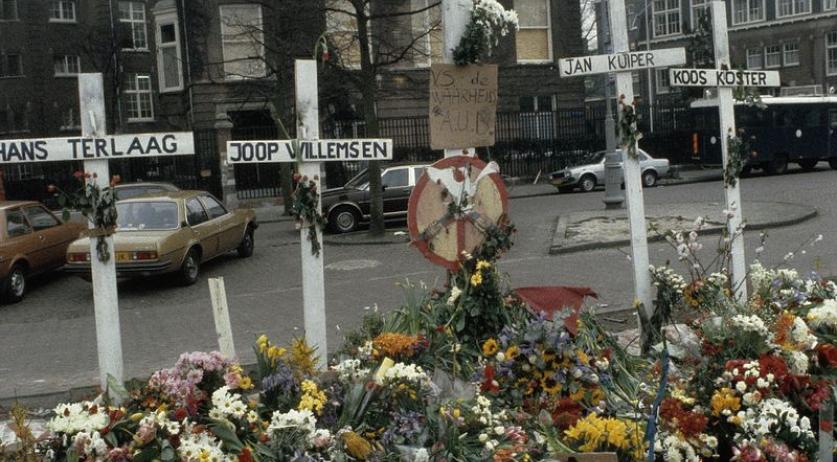 Investigation ongoing into Dutch journalists' murders in El Salvador in 1982

An investigation was launched in 2013 into the person responsible for the deaths of four Dutch journalists in El Salvador in 1982, according to Jos van Dongen of TV program Zembla. A spokesperson for the Public Prosecutor confirmed that a criminal investigation has been ongoing for five years, Nieuwsuur reports.

The four IKON journalists were killed while reporting on a bloody civil war in El Salvador for TV program Kenmerk. When they tried to enter guerilla territory in 1982, they were ambushed by government soldiers and gunned down. Zembla tracked down the colonel who ordered the murder of the four Dutch. The now 79-year-old Mario Reyes Mena has been living in the United States for four years. Zembla found him through his three adult children, who are active on social media.

In 1993 a United Nations truth commission concluded that Reyes Mena  was responsible for the ambush and the murder of the Dutch journalists - Koos Koster, Jan Kuiper, Joop Willemsen and Hans ter Laag. That same year an amnesty law was passed in El Salvador, which meant that he could not be prosecuted in that country.

That same amnesty law was lifted in 2016. That means that perpetrators of crimes during the civil war in El Salvador can now be prosecuted.