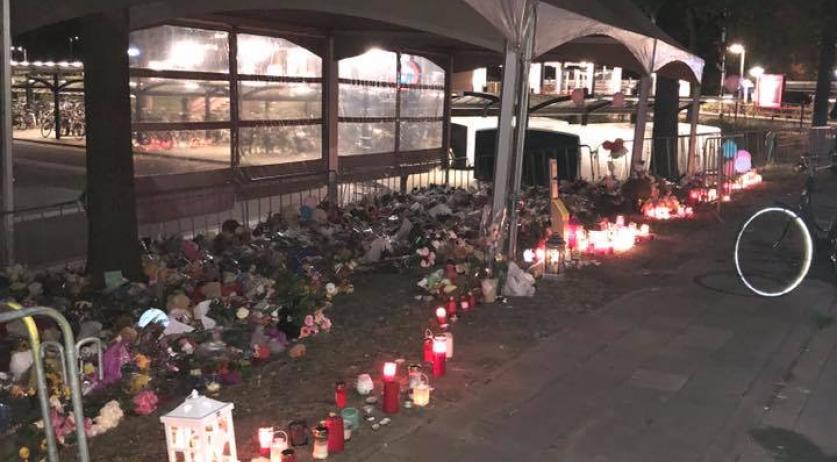 The municipality of Oss placed tents over a sea of flowers left at railway station Oss West. The tents are to protect the memorial site against the rain, the municipality said on Twitter.

Hundreds of local residents left flowers and stuffed toys there on Thursday night to commemorate four children killed in a railway accident that morning. An 11-year-old girl and a childminder were seriously injured. The 32-year-old woman was taking the kids to primary school in a Stint cargo bike when they were hit by a train. The young victims were between the ages of 4 and 8.

People were still coming to place flowers, messages and toys at the memorial site on Friday morning, according to RTL Nieuws.