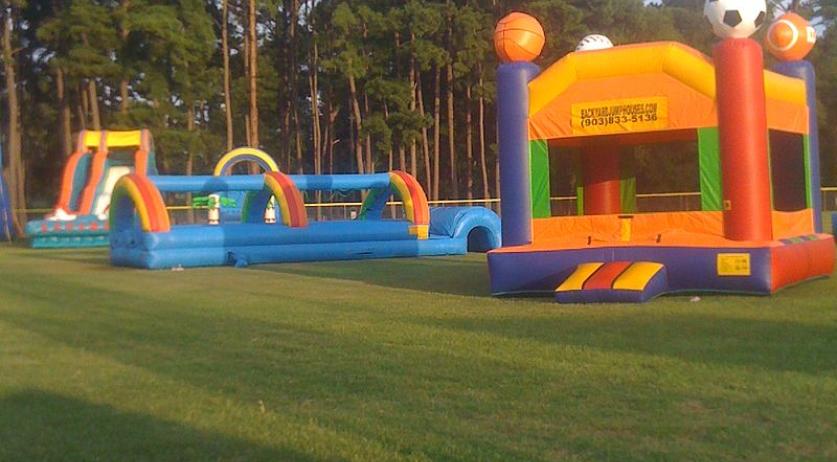 Hundreds of unsafe bouncy houses in circulation in Netherlands: report

Hundreds of bouncy houses that could cause life threatening injuries to children are available to rent throughout the Netherlands, RTL Nieuws reports based on its own research. Over the summer at least two children sustained skull fractures after a fall from such a bouncy house. The Dutch food and consumer product safety authority NVWA knows about this, but nothing has been done, the broadcaster writes.

The bouncy houses involved are so-called multiplay cushions. They are one of the most popular bouncy houses currently on offer in the Netherlands. The danger lies in the bouncy houses' inflatable tunnel and stairs leading to a slide, experts told the broadcaster. Children use these to climb up onto the bouncy house's 2 meter high walls, from which they can be launched or fall outside the bouncy house.

This happened to at least two boys over the summer in two separate incidents, their parents told RTL. Both boys, aged 4 and 6 years, climbed onto the walls of the bouncy house with the help of other children. When the other children slid off the walls, the boys were launched off the bouncy house and landed on their heads on the concrete floor. Both were rushed to emergency rooms by ambulance. Both spent three days in hospital, with a fractured skull and bleeding in their head.

One of the boys still suffers from daily epileptic seizures. The other sustained hearing loss. Their parents came to RTL Nieuws to warn other parents about the dangers of these bouncy houses.

The NVWA rejected one of the involved bouncy houses at the scene and took it out of use. The other bouncy house was already removed by the operator. Nothing further was done, according to the broadcaster. RTL's investigation showed that at least 200 companies throughout the Netherlands still rent out this type of bouncy house.

RTL Nieuws rented one of these bouncy houses and had it checked by expert Walter Verbaarschot of TUV Nederland. "This is absolutely dangerous, this should never have been approved. The market must be protected against this", he concluded.

Pieter de Gelder, professor of safety science at TU Delft, told RTL that the NVWA should have intervened much faster and more harshly. "In this case I would recall the similar or identical devices and take measures so that similar accidents can not happen again with other children", he said.

The manufacturer of the bouncy houses told RTL Nieuws that they are following procedures and would say nothing further. The NVWA was also asked for a response, but hasn't sent one yet.

The NVWA recently had to acknowledge liability for the death of a 4-year-old boy, who fell off an unsafe bouncy house in Grootebroek in 2016. NVWA announced that it will investigate its own methods to see where improvements can be made.