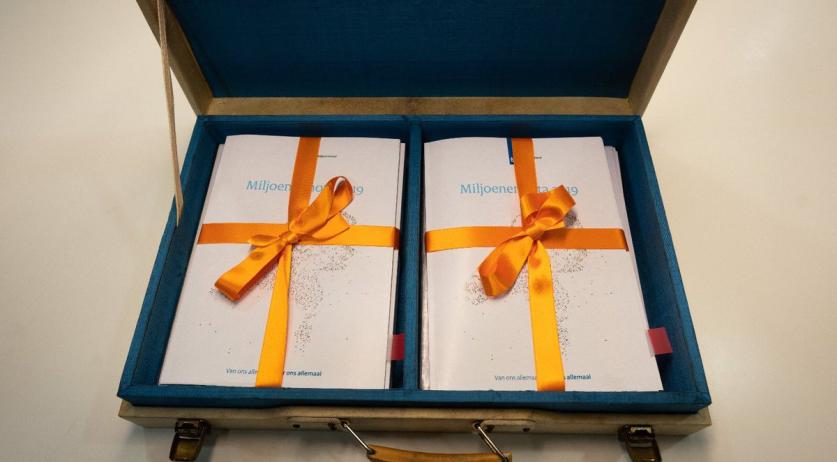 "The foundations of our prosperity are strong, but they are no guarantee for future economic prosperity", is the message Minister Wopke Hoekstra of Finance will give at the presentation of the first Budget Memorandum of the Rutte III government on Tuesday, NOS reports.

According to Hoekstra, the government wants the Dutch people to feel that things are going well with the economy. At the same time he warns against economic headwinds that may be caused by the Brexit and trade disputes started by US president Donald Trump.

The 2019 Budget will only be officially presented on Tuesday afternoon, but as usual many figures leaked out in the run up to Prinsjesdag, or Budget Day. Here's what is known so far, according to NOS:

The Dutch economy is expected to grow by 2.6 percent next year, slightly lower than this year and last year. Next year will be the sixth consecutive year of economic growth for the Netherlands.

The government expects a budget surplus of around 10 billion euros, or 1.0 percent, for the fourth year in a row. But the EMU balance - when the effects of the business cycle are not taken into account - shows a deficit of 0.4 percent.

The government plans to go through with the abolition of dividend tax in 2020. According to current insights, that will cost 1.9 billion euros. Last year's estimate was 1.4 billion euros, but as profits are higher the treasury will miss out on more tax revenues. The abolition of dividend tax is paid by reducing the corporate tax rate by less than previously announced, from 25 percent to 22.24 percent, instead of 21 percent.

The government is also reserving hundreds of millions of euros to cover the consequences of the Brexit. This amount should cover, among other things, higher contributions to the EU and more customs costs. A hard Brexit - in which the United Kingdom leaves the European Union without any trade agreements in place - could cost the Netherlands up to 2 percent of GDP in the long term.

As agreed upon in the Rutte III coalition agreement, the government is investing extra money into education, security, defense and infrastructure. Healthcare expenditures are rising less rapidly than previously estimated, but are still rising sharply. The government expects that health insurance premiums will rise by an average of 10 euros per month next year.