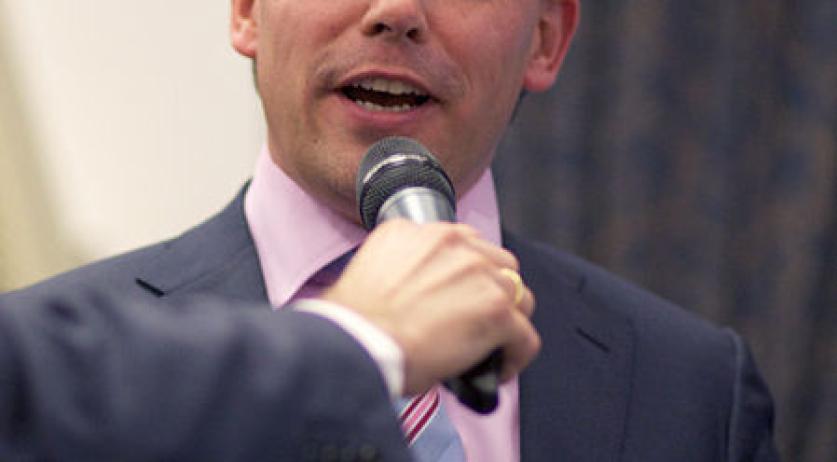 State Secretary Mark Harbers of Justice and Security received such serious threats regarding the deportation of two Armenian children, that he had to go into hiding last week, sources in The Hague told the Telegraaf.

The two young asylum seekers in question, 13-year-old Howick and 12-year-old Lili, came to the Netherlands in 2008 with their mother. They were born in Russia, grew up in The Hague and have never been to Armenia. They also do not speak the language. Their planned deportation to the country was met with a lot of criticism. They now live in Amersfoort. Their mother was deported to Armenia last year.

Howick and Lili were set to be put on a plane to Armenia on Saturday morning. On Friday night they ran away from their grandparents home in Wijchen, according to the police. Later on Saturday State Secretary Harbers, who is responsible for Asylum, decided to make an exception for the young asylum seekers and allow them to stay in the Netherlands.

According to the newspaper, the threats made to Harbers had nothing to do with his decision to let the children stay in the Netherlands. The Ministry of Justice and Security noticed for some time that "unsavory" messages were directed against the VVD official. Last week, when the deportation of the Armenian kids still seemed definite, the threats became so serious that Harbers' security guards decided it was safer to house the State Secretary and his partner elsewhere, the newspaper's sources said.

No information was revealed about the nature of the threats or where they originated. According to the newspaper, it is strongly disputed that the threats influenced Harbers' decision to let the Armenian children stay in the Netherlands at the last minute.

Howick and Lili are delighted that they are allowed to stay in the Netherlands, they said to NOS. "Now you know that you are normal, just like other children, without stress", Howick said. "After 10 years of stress, insecurity, sadness and anger, that you now know everything is going to change. "

"We are happy and relieved, but also very tired, for now we will leave everything. That's possible now. Now there is a weight off our shoulders. Time to rest for a few days", Lili said to the broadcaster. "The best thing is to be able to sleep well again for the first time in a year, to sleep peacefully."

For her brother, the best thing is that he can pick up his life again. "Instead of going to appointments, I can go play football again, finally go to school again and know that I can stay at one school for the rest of my life", he said. Lili is also happy about that. "Every time we thought: we are learning now, but in the future there may be nothing. But now we're thinking: we have a future."

The two are pleased that State Secretary Harbers decided to let them have this future at the last moment. "We are very grateful", Lili said. Howick added: "Yes certainly, first you think: he is not going to do it, he is not that nice. But then you see that everyone can change, that everyone has good in them."