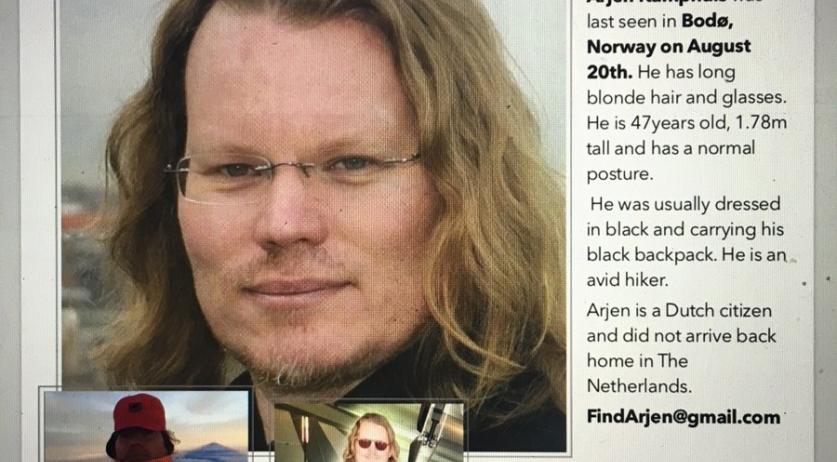 The Norwegian police deployed a special unit to help in the search for missing Dutch man Arjen Kamphuis. The 47-year-old computer expert from Amsterdam was last seen in the north of the country on August 20th, RTL Nieuws reports.

At this stage the police do not think that Kamphuis' disappearance was a crime, according to the broadcaster. Yet they've now deployed the Kripos unit in the search. The unit investigates organized crime and is often used in missing person cases.

Kamphuis is an expert in online security and previously warned about the dangers of cyber espionage and vulnerabilities in the Netherlands' election software. He worked with various whistleblowers in the past and also worked with WikiLeaks. He personally knows WikiLeaks founder Julian Assange. Yet the police do not currently think that his disappearance is linked to his work.

The Amsterdam man is an experienced hiker and often visited Norway to go hiking. On August 20th he checked out of a hotel in Bodo and has been missing ever since.

.@JulianAssange associate and author of "Information Security for Journalists" @ArjenKamphuis has disappeared according to friends (@ncilla) and colleagues. Last seen in Bodø, #Norway, 11 days ago on August 20. pic.twitter.com/dV75NGKpgI