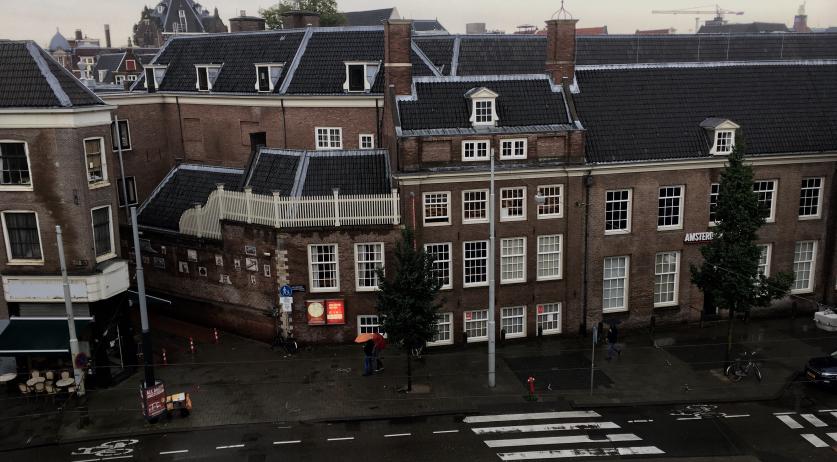 The provinces of Noord-Holland, Zuid-Holland and Utrecht were faced with heavy rainfall on Wednesday. The A20 to Rotterdam had to be closed for several hours due to flooding. Streets in various places were also under water, NU.nl reports.

Public works department Rijkswaterstaat closed the A20 highway at the Kleinpolderplein junction around 11:00 a.m. because the road surface was under water to such an extent that it was unsafe to drive over it. The highway was reopened around 1:15 p.m.

The ANWB issued a warning because of the heavy rainfall, something that doesn't happen very often, a spokesperson said to the newspaper. "We see that when there are very heavy showers, such as now, local problems can arise because the water can not flow away. We try to pump that water away. You can do little about that in advance, it's always about how much rain falls and where."

The station tunnel at Amersfoort-Schothorst flooded. According to rail manager ProRail, there's "half a meter" of water in the tunnel. As a result, travelers have to cross the tracks. Trains in the area traveled slower and more cautiously than normal.

Flooded streets were reported in Alphen aan den Rijn, Woerden, Soest and Gouda, among others. There were also multiple reports of lightning strikes.

According to Weeronline, between 20 and 40 millimeters of rain fell over Zuid-Holland, Noord-Holland and Utrecht on Wednesday morning. Woerden got a massive 78 millimeters of rain, the amount that usually falls throughout the month of September. The weather service warns that the rainfall will continue throughout the afternoon. The southern parts of the country can also expect thunderstorms.