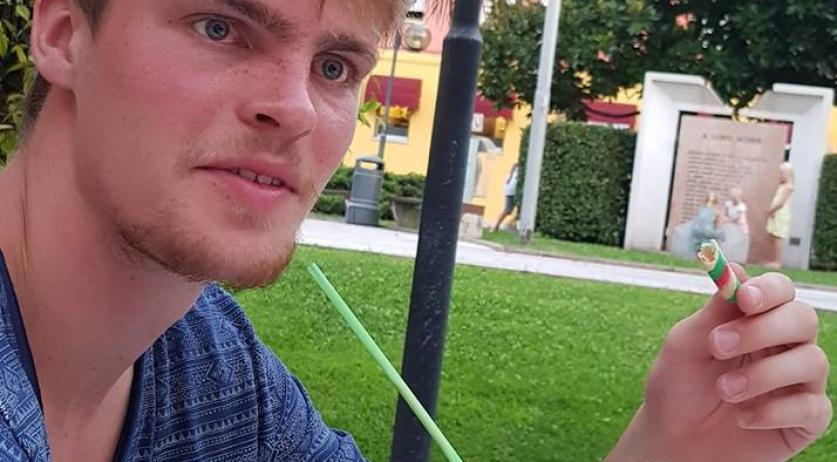 A 17-year-old boy from Soest disappeared in Italy during the early hours of Friday morning. The local authorities and some 200 volunteers searched for Koen van Keulen the whole weekend, but so far to no avail. On Sunday evening search dogs from the Netherlands joined the search, NOS reports.

Koen was last seen on the bus back to the campgrounds in Pacengo where he was staying between 2:15 a.m. and 2:30 a.m. on Friday. He visited a night festival at a theme park at Lake Garda with friends. His friends got off the bus at the campgrounds, but Koen didn't. RTV Utrecht reports a witness seeing him get off one stop further.

Immediately after his disappearance, Koen's friends and family started searching for him, with the help of the Italian police. The area around the campsite was combed repeatedly, and Koen's description was spread by the Italian press. There were reports that the Dutch teen was seen with a girl, but this turned out to be a false alarm, RTL Nieuws reports. The girl was tracked down, but she does not know Koen.

On Sunday a dog handler and sniffer dog from Dutch Rescue Dogs traveled to Italy, as well as 11 dogs and handlers from rescue dog foundation RHWW. The first dogs were expected to arrive around 6:00 p.m. on Sunday and join the search immediately.

A contact person for Koen's family told NOS that staff from the Dutch embassy in Italy spoke with the local police and that the Ministry of Foreign Affairs is giving Koen's disappearance high priority. The Midden-Nederland police also assigned a police officer to keep in contact with Italian colleagues on this case. At this stage there are "no further indications about Koen's whereabouts", the police said, according to the broadcaster.