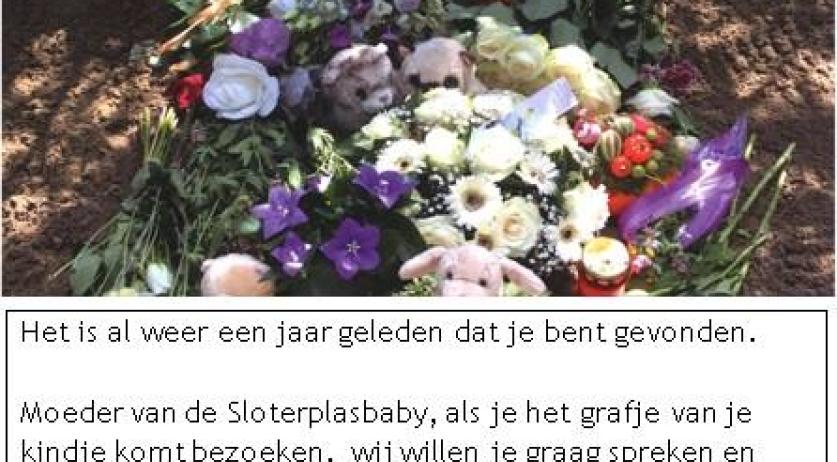 Police leave a note on the grave of a baby found dead in some bushes along the Sloterplas in June 2016, calling on the mother to come forward Photo: Politie
Crime
Sloterplas
Amsterdam
dead baby
baby
father
police
Friday, June 1, 2018 - 13:20
Share this:

After nearly two years of investigation, the police managed to identify the father of a newborn boy found dead in bushes along the Sloterplas in Amsterdam in June 2016. The father of the child is a 30-year-old man, the police said in a statement on Thursday, calling his identification a breakthrough.

A passerby found the newborn boy on June 8th, 2016. The child's body was hidden in a sports bag, dressed in a romper and wrapped in a cloth. The police previously established that the child's parents may come from the northern edges of the Mediterranean or Northern Africa. Whether the now identified father matches that assumption, the police did not say.

The police are still looking for the mother of the child. Their main concern is offering the parents professional help. Last year the police left a message for the mother at the baby's grave. "Mother of the Sloterplas baby, if you come to visit your baby's grave, we would like to speak with you and help you. Please contact us", the laminated paper read.