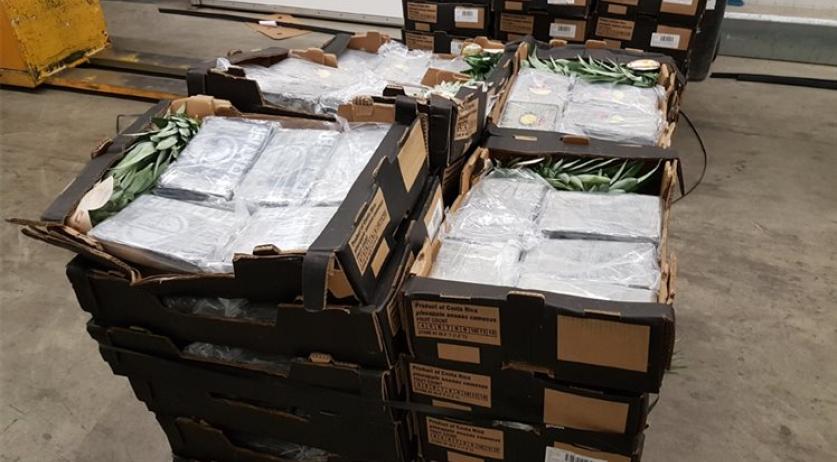 On Thursday, May 10th, the police and Public Prosecutor found and seized over 500 kilograms of cocaine hidden in a shipment of pineapples in a warehouse in 's-Gravenzande. Five suspects were arrested. They were arraigned on Wednesday and remanded into custody for 90 days, the Public Prosecutor announced on Thursday.

The police have been investigating this drug shipment for some time, the Public Prosecutor said. On May 8th information was receive that violence may be used in the drug hand-over. The authorities decided to intervene immediately, deploying a SWAT team and a police helicopter.

The SWAT team arrested four men in a car on Burgemeester Elsenweg. A few hours later, a fifth suspect was sound in the company that was used as transit location. He had himself locked into a cold-room to intercept the cargo. According to the Public Prosecutor, there are no indications that the company is involved in this drug shipment.

The police searched the company and warehouse, but initially found nothing. They kept searching in the days that followed, and on May 10th found the drugs. Over 500 kilograms of cocaine was hidden among a shipment of pineapples.

The Public Prosecutor only announced the arrests now, because before their arraignment, the suspects were in restricted custody. That means that they were only allowed contact with their lawyers. More arrests may follow, the Prosecutor said.