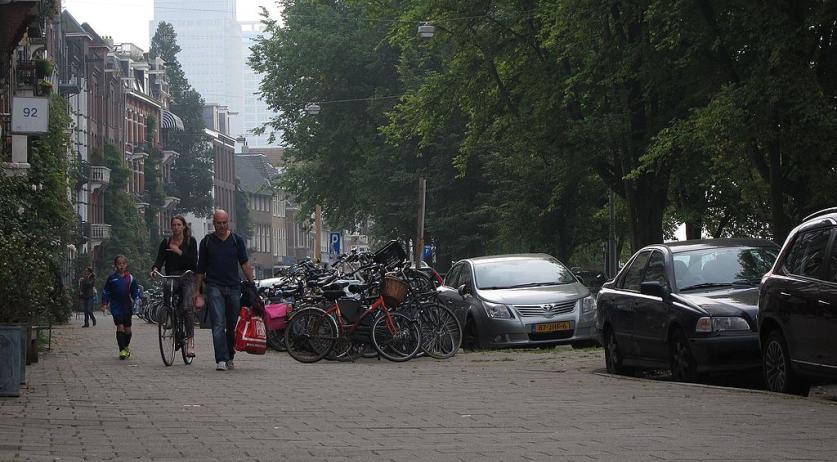 The Amsterdam college of mayor and alderman, which will step down as soon as a new coalition is formed, proposed tolling cars for driving through the city center in an effort to reduce traffic in the busy area. According too the college, there is room for experimenting with this in the Rutte III coalition agreement. The coalition agreement states that the government will allow trials "that serve to gain experience with alternative forms of transport and payment", according to the newspaper.

But ruling party VVD sees it differently, according to parliamentarian Remco Dijkstra. "We will certainly not cooperate in paying a toll to be allowed to enter Amsterdam. We believe that every city must be easily accessible with as many ways of transport as possible", he said to AD. According to Dijkstra, the coalition agreement clearly states that road pricing is not an option. "Companies in the region rewarding their employees for avoiding rush hour, using alternative means of transport or adjusting their working hours is really different from an ordinary toll. It will not happen."

MP Maurits von Martels of coalition partner CDA is also against the toll. "I have quite a problem with the fact that every city tries to reinvent the wheel. This creates great inequality between cities when you look at how they deal with traffic and transport. All those environmental zones, vignettes and toll plans create a patchwork that is not desirable. In addition, people who can afford to pay easily take this bill for granted, but a less wealthy citizen must look for alternatives. That is not fair."

Opposition party PVV is outraged by the VVD alderman's plan. "They've gone completely crazy at the VVD!", parliamentarian Roy van Aalst said to the newspaper. "It is bizarre that this party is starting on this. Apparently the VVD now has more similarities with GroenLinks than with the PVV."

Multiple sources told AD that the national VVD was not informed about Litjens' plan.