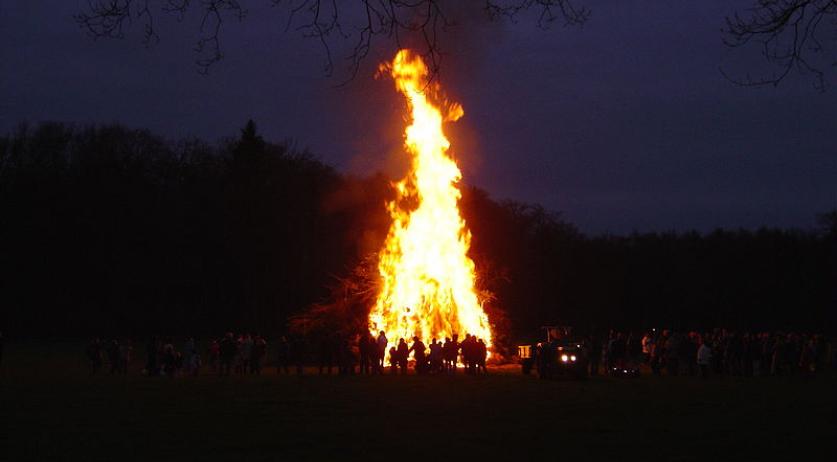 More particulate matter in Netherlands air due to Easter bonfires

Easter bonfires are causing an increased concentration in particulate matter in the air in some parts of the Netherlands, particularly in Overijssel and Achterhoek. "Especially people with lung diseases such as asthma and COPD, and (older) people with cardiovascular disease may suffer", public health institute RIVM warns, NOS reports.

According to the RIVM, the problem lies in the calm weather with not much wind. As a result, smoke and particulate matter can remain in place for a long time. The institute warns people to avoid the smoke as much as possible.

Easter fires lit on Sunday night, with a northeast wind blowing, resulted in complaints predominately in the west of the country. At 9:00 p.m. the environmental department in Rijnmond already received 250 complaints about odor. In Emmer-Compascuum in Drenthe, the fire brigade put an early end to an Easter bonfire after local residents complained about the smoke.

Monday night will also see some Easter bonfires lit. Whether these fires will again lead to increased particulate matter concentrations remains to be seen.