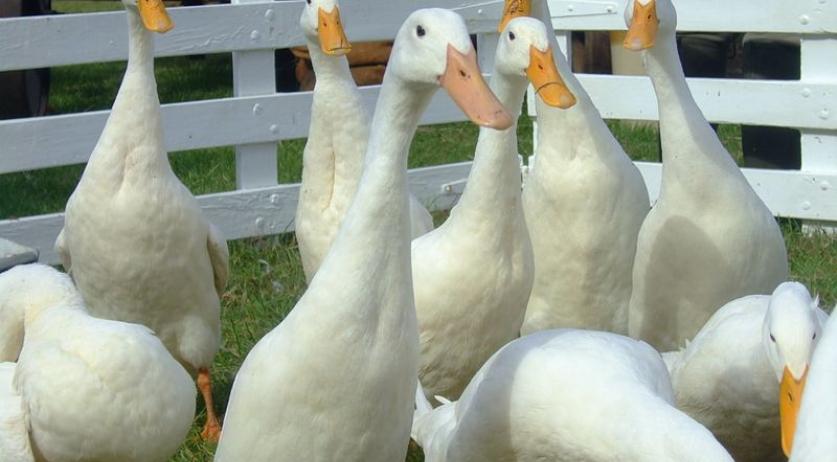 Bird flu was found at a duck farm on Leidijk in Kamperveen on Tuesday morning, spokesperson Hennie de Haan of the Dutch poultry farmers' union NVP confirmed. "This is horrible news. We were just hoping to be past it", De Haan said to De Stentor.

"I got the news this morning. Usually this is the period that the wild birds fly away and that the avian influenza risk therefor leaves. That is why this news hit so hard", De Haan said to the newspaper. It looks like highly pathogenic variant of the virus, which is very bad for the animals. "But that has not been confirmed yet."

Generally what happens after bird flu was confirmed is the animals at the infected farm and those at farms in a 1 kilometer radius are culled, De Haan explained to De Stentor. "Within a radius of 3 kilometers, all animals are screened by means of blood tests. And a transport ban is announced in a radius of 10 kilometers. That would mean a new blow for many poultry farmers. Now it is hoped that it will stay at this one, new case. In any case, the poultry farmers are keeping a close eye on their animals."

The Ministry of Agriculture refused to confirm the news, saying that it will release more information during the course of Tuesday afternoon.

This past year has been tough on Dutch poultry farmers. A bird flu outbreak that started late in 2016 had animals on lock down until April last year. And then in June last year the fipronil contaminated egg scandal hit. It was revealed that Barneveld company ChickFriend used toxic insecticide fipronil to fight blood lice at some 200 poultry farms. This resulted in millions of eggs being recalled, thousands of laying hens being culled, and millions of euros in damages to Dutch poultry farmers.