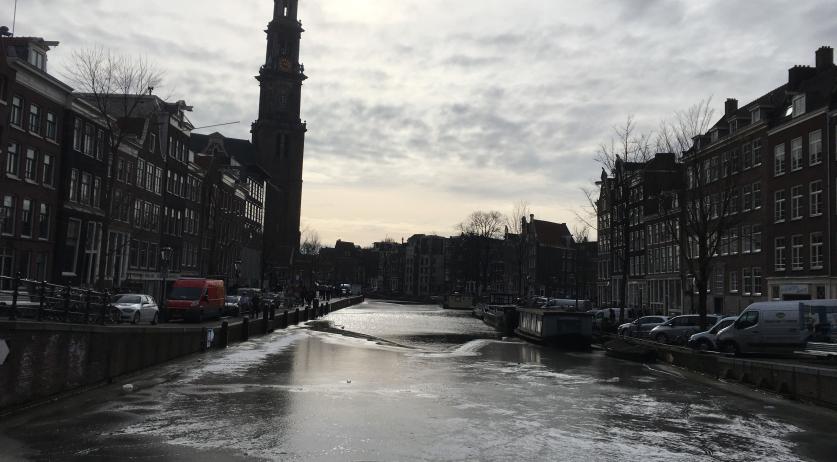 The weather is still icy cold in the Netherlands. Meteorological institute KNMI issued two code yellow warnings, one for slippery roads and one for ambient temperatures below -15 degrees Celsius.

The icy roads warning is in effect for all provinces except the northern ones. "Adjust your driving behavior", the KNMI warns motorists. Drive slowly and keep a safe following distance. "Follow weather reports and warnings."

A strong wind combined with minimum temperatures ranging between -4 and -9 degrees, means that the ambient temperatures are icy cold on Friday morning, between -11 and -18 degrees, according to Weeronline. Coastal Noord-Holland is facing sustained winds of 60 kilometers per hour. People across the Netherlands are warned to dress warmly.

Afternoon temperatures will climb to between -2 degrees in the north and 1 degree in the south, but the wind will make it feel much colder.

Some snowfall is expected, starting in the south of the country Friday afternoon and moving to the center of the country during the night. Up to 5 centimeters of snow may fall, according to the KNMI.