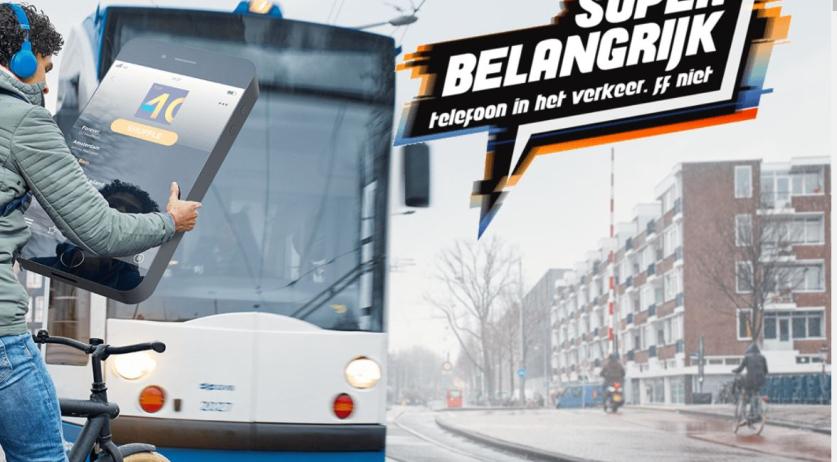 Stop staring at your phone while biking: Amsterdam officials

Amsterdam, working with transport company GVB and Vervoerregio Amsterdam, launched an information campaign to warn pedestrians and cyclists about the dangers involved in using their phones while in traffic. The campaign, called Superbelangrijk or Super Important in English, is specifically aimed at teens and young people who are most likely to use their phones while cycling or walking, according to the city.

The number of accidents involving cyclists and pedestrians is rising, just like the use of smartphones in traffic, according to the campaign. "Although there are no research figures on the relationship between this, it is clear that distraction is a major cause of many accidents. Using your phone simply distracts you from what is happening around you. Checking a message just takes a second, but that second of looking away can be fatal."

People tend to believe that every message and phone call is 'super important', according to the campaign. "And it is super important that we become aware of the major risks of telephone use in traffic - specifically for pedestrians and cyclists. Super important, this campaign."