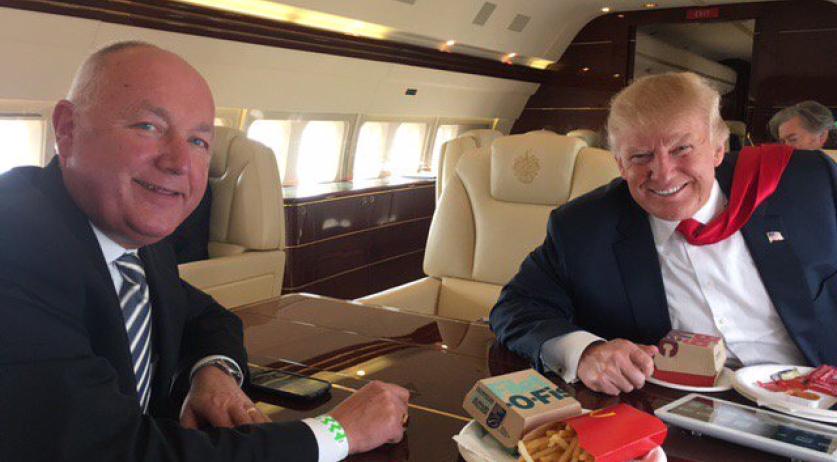 New United States ambassador to the Netherlands Pete Hoekstra apologized for falsely claiming in 2015 that politicians were set on fire in the Netherlands by Islamic fundamentalists and that there are no-go zones in the country in an interview with the Telegraaf on Saturday. Dutch parliamentarians find it good that he finally retracted these false statements. "Better late than never", PvdA MP Lilianne Ploumen said to the Telegraaf.

In December, Hoekstra caused a fake news commotion during an interview with Nieuwsuur. The Dutch news program asked him about comments he made about the "Islamist movement" in Europe in 2015. "Chaos in the Netherlands. There are cars being burned. There are politicians that are being burned... and yes, there are no-go zones in the Netherlands." he said in 2015. Hoekstra denied making these comments, calling them fake news. Nieuwsuur later played a video of him making this statement.

Hoekstra apologized for the commotion, but did not retract the statements. When he was installed as ambassador in The Hague last week, he refused to comment on the matter.

Today Dutch press welcomed @petehoekstra as new ambassador to the Netherlands. In 2015 Hoekstra said Dutch"politicians are being burned" (not true). The only one who did get burned today is... Hoekstra himself. By refusing to answer our questions. pic.twitter.com/Dv2aalbhDP

Speaking with the Telegraaf over the weekend, Hoekstra finally acknowledged that his 2015 statements weren't based on actual facts. "That politicians are being burned, that was an inaccurate statement. And the no-go zones, that could have been an exaggeration of what is taking place here", he said to the newspaper. He can't remember what information he based the statement on, but stated that he did not know it was false when he made it. "Looking back, I'm shocked that I said it. There are, of course, situations in European countries that resemble it, but that has never been the situation in the Netherlands. It was a wrong statement. It was just wrong."

"It's good that he still apologized for the fake news that he spread about the Netherlands", GroenLinks parliamentarian Bram van Oijk said to the Telegraaf. "I hope he will inform Washington in no uncertain terms about the concerns we have here about the flawed leadership the U.S. is showing the world under this president."

PvdA parliamentarian Lilianne Ploumen called the apologies late. "But better late than never. I hope he will learn something from this free country, where gay people can get married and everyone counts. If I were him, I would now work on getting to know the real Netherlands."

"Great", VVD parliamentarian Han ten Broek reacted to Hoekstra's interview. PVV parliamentarian Raymond de Roon said that this topic has now been "sufficiently milked". "The politically correct journalists have had their 'minute of fame'. Now on to what is really important: what will Hoekstra do? I hope to get in touch with him soon."

Hoekstra also told the Telegraaf that his bumpy start in the Netherlands will not stand in the way of his proper functioning as ambassador. "I was so warmly welcomed here, I have contacts with government officials at every level", he said. "They are interested in the things we need to address. We have troops in Iraq, Jordan, Africa, we have challenges from Russia, from cyber, from Brexit. I have 25 years of experience in promoting Dutch-American interests. People know who I am. Then such a statement from 2015 is really not at the top of their list."

Ambassador Peter Hoekstra is off to the Palace to present his credentials to King Willem-Alexander.