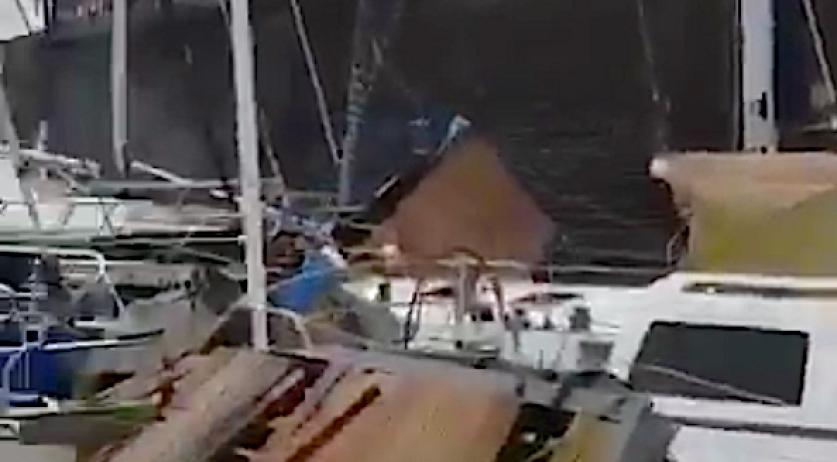 A Bible-themed floating museum meant to be a replica of Noah's Ark went adrift from the port of Urk early Wednesday afternoon. The VerhalenArk, also called the "Ark of Noah" in English, crashed into several ships in the harbor along the shore of the IJsselmeer lake.

Several people and animals were aboard the vessel at the time it broke free of its moorings, De Stentor reported. Seven people were rescued off the museum, but the animals remained into the evening.

The owner of the boat, Aad Peters, told Omroep Flevoland he was stunned by the damage caused by his ship. "We have been on the road for years and have experienced many storms, but this has never happened before," Peters said.

Wind gusts of about 107 kilometers per hour were reported just north of Urk at the time of the accident. Gusts nearing 119 km/h were measured in the middle of the lake, according to Weerplaza.

The Ark ripped a post out of the ground and nearly floated away last month. "We did the maximum we could, but apparently it was not enough. This morning there was a big gust of wind and there it went," a port representative told the broadcaster. They planned to actively investigate what went wrong.

Emergency services were first called out to the harbor for a reports of a ship in trouble just after 12:30 p.m. More crews were sent to the scene on a high priority call about 25 minutes later, and by 1:15 p.m. dive teams were dispatched to the scene to assist.

The 70-meter-long ark measures 10 meters wide and is 13 meters high, according to the museum. It claims to be Europe's first floating Bible museum, and opened in Urk at the end of November.

It was scheduled to remain there until the end of February.