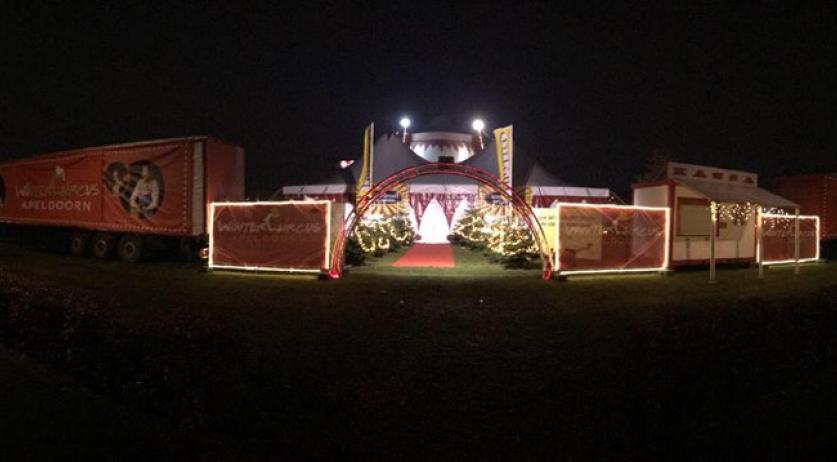 A Winter Circus show in Apledoorn ended abruptly on Wednesday after two performers were injured during the 'Wheel of Death' act. One performer was taken to hospital by ambulance, the other to a doctor's office for treatment, AD reports.

The Wheel of Death is a large metal platform with a large wheel at either end, which is hoisted into the air by cables. Two performers do tricks in the wheels and across the platform.

During this act, one artist fell while in one of the wheels, circus visitor Naomi Venus told the newspaper. When other circus employees came to help him, one was hit by the rotating Wheel of Death. He was hurt to such an extent that he had to be taken to hospital by ambulance. A trauma helicopter was called up, but was eventually unnecessary. The fallen performer was taken to the doctor's office for treatment.

The show ended immediately after the incident and visitors were sent home.

Visitor Naomi Venus describes the incident as very scary. "We have been going to the Winter Circus for years, but we have never experienced anything like this. Fortunately the ring master did a good job. He immediately indicated that it looked more serious than it was." she said to AD.

The Winter Circus website describes the artists performing on the Wheel of Death as "without fear, bold, reckless, and even a little crazy". The act includes a dangerous jump on the outside of the wheels, which "proves the unreasonableness of these artists", according to the website.