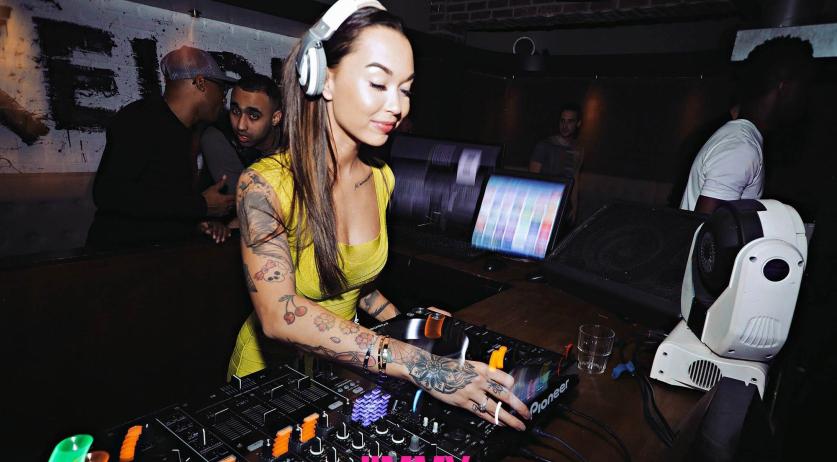 Rotterdam DJ April Grey was attacked twice by the same man over the past months. Both attacks happened early on a Sunday morning, after she was done playing at club Nora on Coolsingel in the city. And both times the man tried to maim her face. On Tuesday the police shared the man's description on Opsporing Verzocht, in the hope that information from the public will lead to an arrest.

The 29-year-old single mother plays at club Nora every Saturday night. She left the club around 4:30 a.m. on Sunday, September 3rd, and she and a friend walked to a parking garage on Kruiskade, where her car stood. A man approached her, started talking to her and then suddenly hit her in the face. She felt something sharp. Luckily the DJ's friend managed to pull the man off her, and she got away with only a scratch.

A month and a half later, on Sunday October 29th, DJ April Grey left club Nora around 3:00 a.m. She was walking along the Decathlon on Coolsingel when a man attacked her from behind. He pulled a knife, tried to stab her in the face, and then fled towards Stadhuidsplein.

Between these two attacks, on October 16th, the woman's car was broken into while she was playing at the club. The car was parked in a parking garage on Karel Doormanstraat. The perpetrator did a large amount of damage to the car, but did not steal anything valuable.

The police believe that the same man is responsible for all three these incidents. He is a dark skinned man between the ages of 20 and 25 years old. He is about 1.75 meters tall, with a slender posture, close cropped black hair and a pockmarked face with many scars from now cleared acne. He speaks Dutch without an accent. The police believe that the perpetrator may have watched DJ April Grey for some time. This could've happened while she worked or on social media,or both.

The police call on anyone who may recognize this man, to contact them at once.