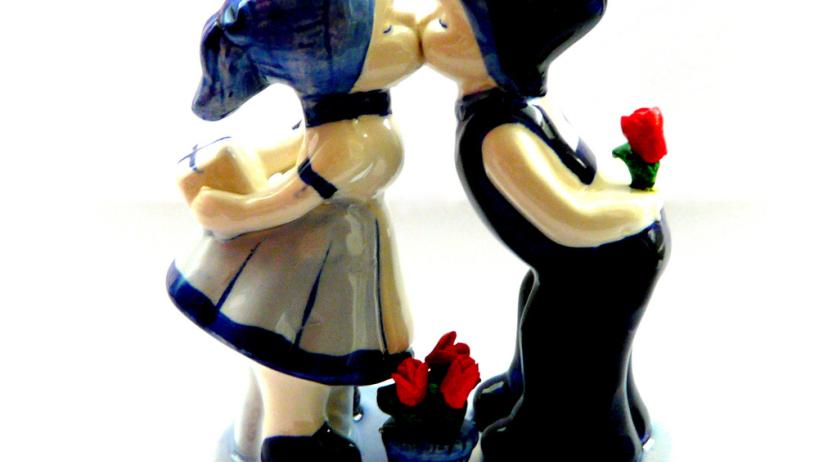 A gigantic version of the famous Dutch souvenir sculpture - the Delft blue kissing couple - was put together in Amsterdam on Thursday. The Kissing Couple XXXL, commissioned by the FietsCoalitie, now stands 10 meters tall on Hempontplein, along the fast bicycle route from Zaanstad to Sloterdijk and Amsterdam Centrum, Het Parool reports.

Together, the couple weighs around 6,700 kilograms and stand about as high as a three-floor building. The idea is that the statue puts the bicycle route and Amsterdam-West on the map for visitors.

"By placing these famous statues here, we want to tempt people to come to this area by bike", Sandra Heuber of Bright Up, initiator of the project, said to Het Parool. "Between the businesses there are also more and more nice places to visit such as the Hembrug terrain or the Orly square."

The statue was made in collaboration with Saske van der Eerden, ArchitecturePlus and Van Zuilen Construction Advice. It will be officially unveiled on December 14th.