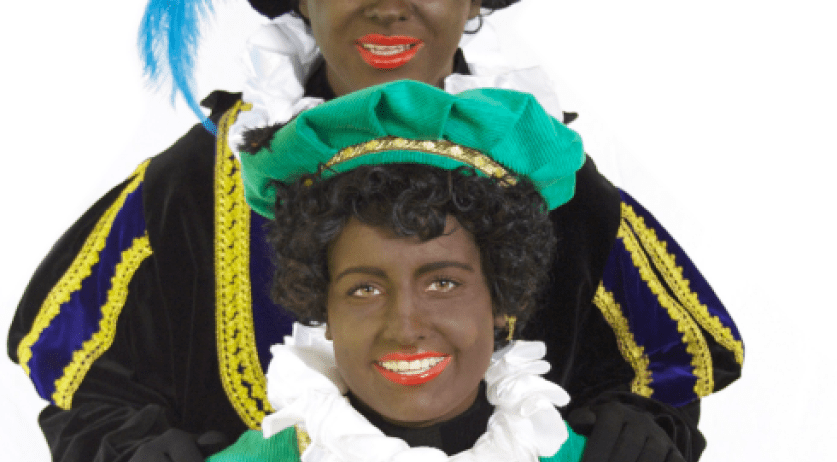 The Amsterdam city council meeting was suspended for a time on Thursday afternoon while three men dressed as blackface Zwarte Pieten, complete with gold rings in their ears and red lips, were removed from the public gallery. Officially they were removed because the blackface makeup made them unrecognizable and they thereby violated a ban on wearing face-covering clothing in public buildings, AD reports.

Upon noticing the three men in blackface makeup, the Amsterdam GroenLinks councilors walked out in protest. After some deliberation about how to proceed, which happened behind closed doors according to AD, deputy mayor Eric van der Burg and the faction leaders had the Zwarte Pieten expelled from the room

The Zwarte Pieten included activist Hugo Kuijper, formerly a member of Pegida and now known to be part of the Zwarte Pieten Action Group. The group advocates for keeping Zwarte Piet in his traditional, blackface form. Members of this same group recently charged into an Utrecht primary school, prompting the school management to file a police declaration, and the group is also accused of making aggressive overtures at the house of Sylvana Simons.

Simons, a presenter turned activist politician, is a prominent figure on issues related to race, equality, and ethnic diversity.

What started out as an attempt to ban the wear of burkas in the Netherlands, was eventually passed through the Dutch cabinet in 2015 as a ban on wearing face-covering clothing in Dutch public and government buildings. If you enter education facilities, government buildings, health care offices, and public transportation in the Netherlands, your face must be uncovered and recognizable. Earlier this year, human rights organization Amnesty International criticized the Netherlands on this partial burka ban.

When Sinterklaas arrived in Amsterdam this year, he was accompanied by Pieten covered in soot marks and wearing brand new costumes.