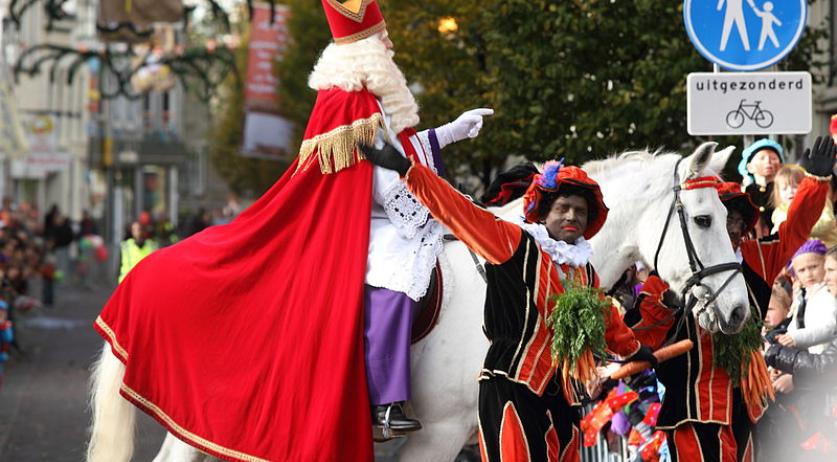 Mayor Marga Waanders of Dongeradeel, the police and Public Prosecutor decided to put a stop to a call on Facebook for Friesland residents to try and stop anti-Zwarte Piet activists reaching Dokkum, where Sinterklaas will make his national arrival on Saturday. In an open letter, the Mayor called on everyone coming to see Sinterklaas' arrival to respect each other's opinions.

Project P, a group of Friesland residents, called on people on Facebook to gather at entry ways to Dokkum and prevent anti-Zwarte Piet activists from getting to the Friesland town and demonstrating against the controversial character, according to the Telegraaf. The municipality of Dongeradeel, which covers Dokkum, gave the anti-Zwarte Piet activists permission to march down Sinterklaas' route before his arrival and then continue their demonstration at a specifically designated location, according to Omrop Fryslan.

The municipality could not ban the anti-Zwarte Piet demonstration, because the Dutch constitution includes the right to demonstrate. After Mayor Waanders heard about Project P's call to stop the anti-Zwarte Piet protesters, she met with the police and Public Prosecutor to discuss the matter, according to Leeuwarder Courant. The Public Prosecutor judged that this call can be considered incitement, which is a punishable offense. "It was then jointly decided to communicate the verdict of the Public Prosecutor to the organizers", the mayor said, according to the newspaper.

The police contacted the people behind the Facebook page, and the call was removed. Waanders added that she did not personally prohibit the action. "My powers do not extend outside the municipal border. But as mayor I did say that Dokkum was not helped with such a call."

In an open letter, Waanders also called on all Sinterklaas fans coming to Dokkum tomorrow to respect each other. Respect each others' opinion, however much that differs from your own", she wrote, adding that the group of protesters were given strict conditions that they have to adhere to. "You do not have to agree with the demonstrators, but things go better when we accept that not everyone has the same opinion. With this group there was a fine consultation beforehand. Precisely because good agreements were made, I am confident that things will go well."

People going to see Sinterklaas' arrival on Saturday should remember to dress warmly - Weeronline expects the weather to be rainy and cold.