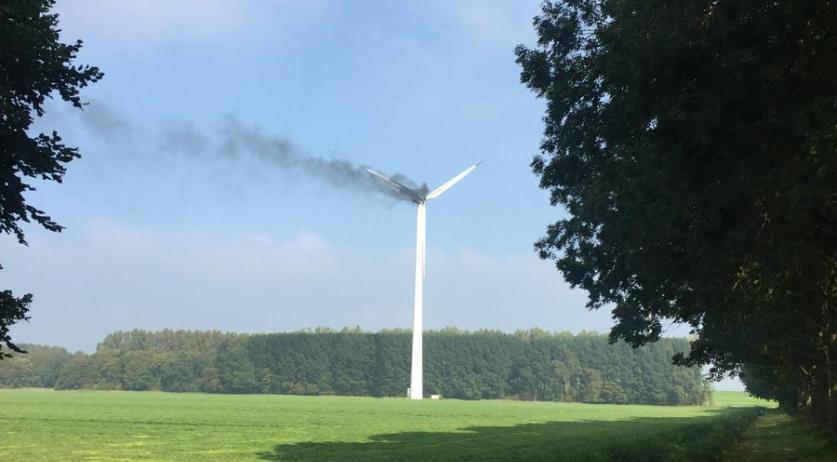 Two technicians were injured when a windmill in Zeewolde they were working on caught fire on Wednesday afternoon. They sustained injuries on their hands, AD report.

The fire started around noon. The fire department responded en masse. Ambulances were also deployed to treat the technicians.

Due to the high altitude of the fire, the fire department can't actually extinguish it. It was therefore decided to let the fire burn itself out. According to spokesperson Geertjan Veenstra, they considered calling in a specialist team with a crane from Haaglanden. "But that would've taken far too long", he said to AD.

Letting the fire burn itself out, brings with it a risk of collapse. The fire department therefore closed down the area around the mill with crime scene tape, and the public is being kept at a distance.