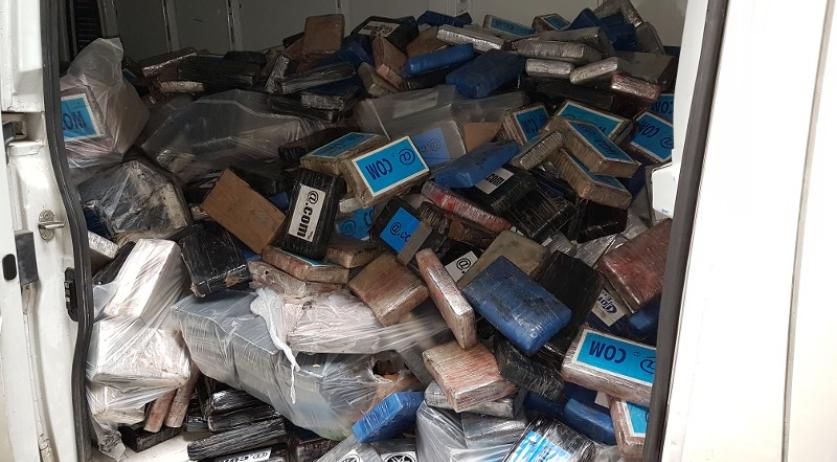 Two suspects were arrested in Breda on Monday after the authorities intercepted 3,800 kilograms of cocaine in the port of Antwerp. The suspects are a 56-year-old man from Oosterhout and a 39-year-old man from Roosendaal, the Dutch police said in a statement.

The cocaine was found in a sea container during a customs check at the port of Antwerp over the weekend. The drugs were hidden among a load of bananas from Columbia. According to the police, the cocaine has a street value of 100 million euros.

The Dutch and Belgian authorities launched a joint investigation after the discovery. The drugs were seized and the container was sent on to its delivery address in Breda. The Dutch police arrested the suspects at the delivery address.

Both suspects are in custody and will be arraigned on Friday.