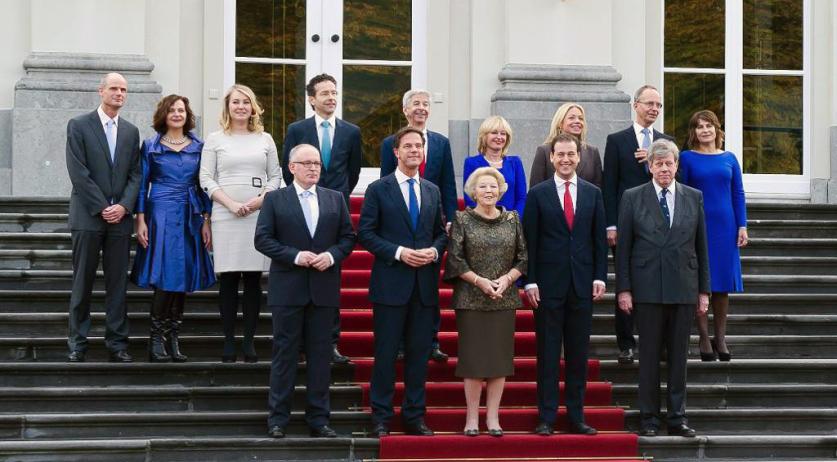 Increasing confidence in Dutch govt. as end of reign approaches

As the time for the Rutte II cabinet to hand over to a new government approaches, the confidence the Dutch public has in the departing government increases. The VVD and PvdA government hasn't enjoyed as much confidence from the voters since its inauguration in 2012, according to EenVandaag's Budget Day poll. The same goes for Prime Minister Mark Rutte.

When the Rutte II government took office in 2012, 42 percent of voters had confidence in it. That fell to 14 percent during the deep point of the economic crisis. But now that the Dutch economy is running smoothly again, and as the VVD and PvdA government prepares to step down, it has the confidence of 34 percent of the electorate.

Nearly two thirds of the respondents think the Dutch economy is doing well, but only a third believes that the Rutte II cabinet had anything to do with it, according to EenVandaag. A large minority still think they are worse off than before Rutte-II took power. But when looking closer at the answers, there is a broad appreciation for how the government dealt with the economic crisis, according to the broadcaster.

Appreciation for Prime Minister Rutte grew over the past year. Now 51 percent of voters are satisfied with his efforts over the past five years. Many of the respondents consider Rutte to be the only person that can connect all the political parties and lead the country, according to EenVandaag. Though Rutte is only third on the most appreciated ministers list.

The most appreciation goes to Minister Jeroen Dijsselbloem of Finance - 77 percent of respondents find that he did good work over the past five years. Minister Bert Koenders of Foreign Affairs came in second place with the confidence of 57 percent of voters. Ministers Ronald Plasterk of Home Affairs (27 percent) and Stef Blok (33 percent), first of Housing and now of Security and Justice, make up the bottom of the list.

For the first time, Dutch voters seem to really want improvements to the environment and climate, according to EenVandaag. In the past, other issues were given priority. But this year the topic of environment and climate is in the top three issues the voters want the new cabinet to invest into. Healthcare and Education came in first and second place. Subjects like immigration and integration, security and the Dutch identity - all topics that stood central in many campaigns running up tot he parliamentary elections earlier this year - now have less priority, according to the poll.