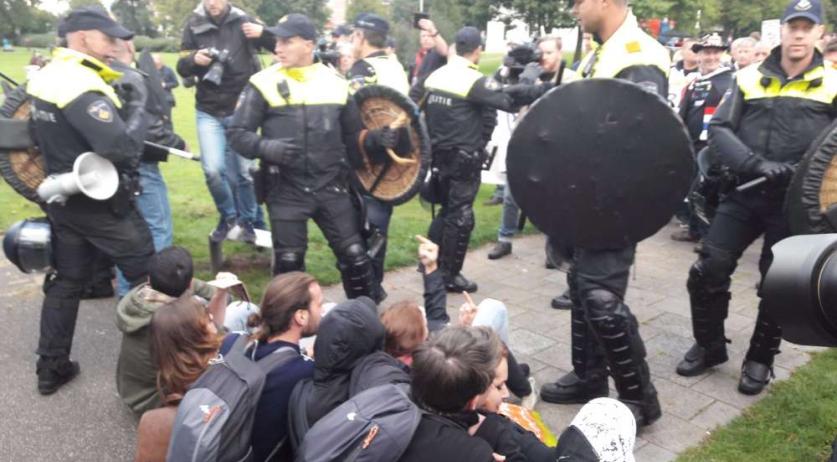 Over 30 arrested at Enschede demonstrations

A total of 32 people were arrested during demonstrations in Enschede by extreme right-wing collaboration group Fortress Europe, which includes Pegida, and anti-fascist groups No-Hogesa and AFA on Sunday. All but one of the detainees were released from custody during the course of the day, ANP reports.

The suspect still in custody was a speaker during one of the demonstrations. He is suspected of insulting groups of people and discrimination.

The other detainees are suspected of less serious offenses. These include wearing face-covering clothing, illegal weapons possession, disruption of public order, and failing to identify themselves. More arrests may follow. The demonstrations were recorded, and the police are looking through the footage for any crimes.

German band Kategorie C. performed at the Fortress Europe demonstration on Boulevards 1945. The demonstration included speakers from Finland, Germany, Austria and England, among others.

The anti-fascist groups gathered in Volkspark for their counter-demonstrations.

A police spokesperson told ANP that only one of the demonstrations involved speeches, but would not confirm that the arrested speaker was detained at the Fortress Europe demonstration.

PIGIDA, the white nationalist party with a smattering of skinheads, today in Enschede NL is mostly older men pic.twitter.com/D7KAIhSwTy