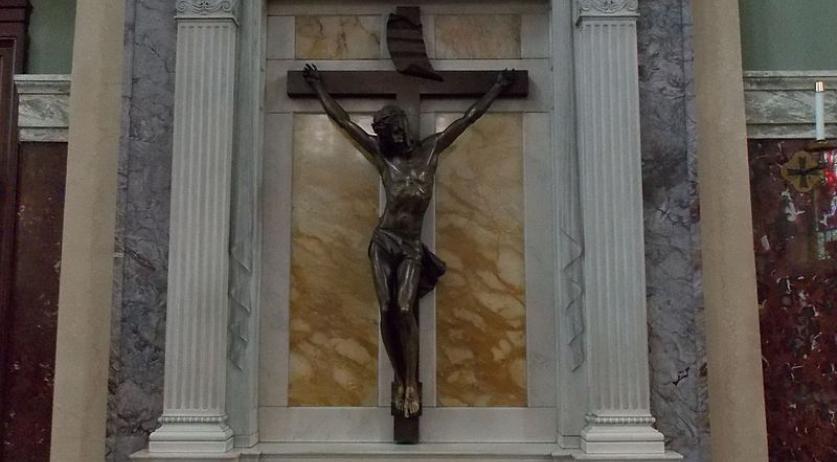 The diocese of Roermond is advising parishes, municipalities and individuals to replace their Jesus on the cross statues with plastic copies to prevent them from being stolen. According to diocese spokesperson Matheu Bemelmans, the number of thefts and vandalism on these statues or statues of Maria increased over the past year, ANP reports.

Statues of Jesus on the cross are often made of precious metals. "Medieval statues are still hanging in some places", Bemelmans said. The diocese advises people to replace these with plastic copies for the time being. "Those are less theft-sensitive."

According to Bemelmans, there is no discernable pattern in the thefts or vandalism. He also couldn't comment on the perpetrators' motive.