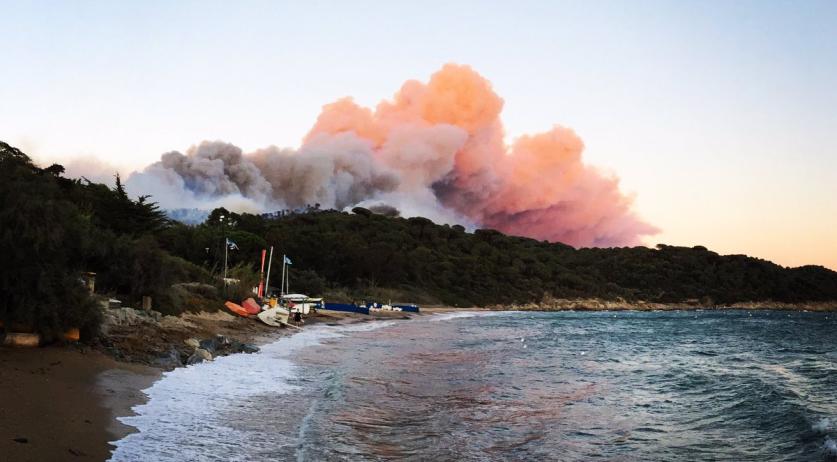 Dozens of Dutch tourists were evacuated from their holiday homes and campsites in southern France on Tuesday due to fierce forest fires in the area. The dry, hot weather and strong winds mean that the fires are spreading quickly, but the French fire department says it has the situation under reasonable control, the Telegraaf reports.

Especially the Luberon National Park between the Adreche and the Verdon nature reserve is severely affected, according to the newspaper. The situation is most severe northeast of Marseille, but fires area also raging north of Nice and on Corsica. Hundreds of people, both tourists and locals, have been evacuated by the fire brigades for their safety.

Thousands of Dutch tourists are currently spending their summer holiday in southern France. So far Allianz Global Assistance alarm center hasn't received any reports about any injured Dutch. "But we are getting calls about what the travel insurance covers", a spokesperson said to the Telegraaf.

Dutch travel organizations are working hard to contact all Dutch in the area. "We have not had any scared reactions, but we are keeping our finger on the pulse and will take steps if necessary to bring them to safety", Hanita van der Meer from Vrij Uit said.