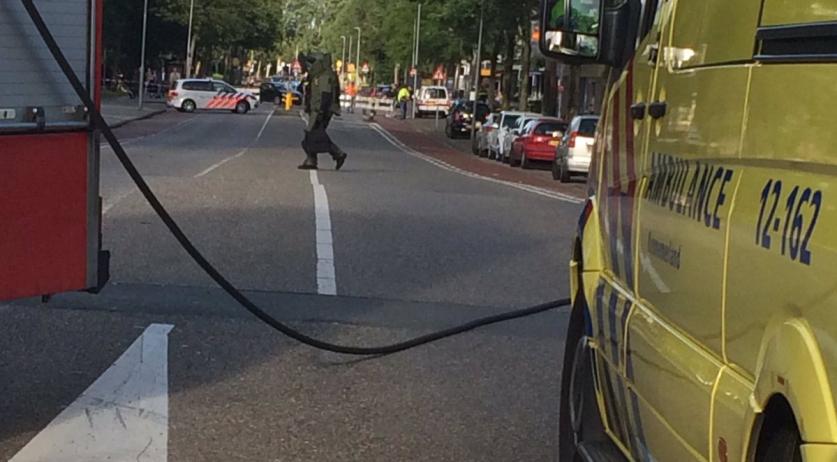 An apartment building on Edward Jennerstraat in Haarlem was evacuated and the surrounding streets closed for several hours on Wednesday after the police found explosives in one of the flats in the building, the police said in a statement.

The police were investigating in the apartment on Wednesday after arresting its 27-year-old occupant for illegal firearm possession on Tuesday. The Explosive Ordnance Disposal team was called in when substances were found which seemed to be for making explosives. When the EOD confirmed that there were indeed explosive material in the apartment, the police decided to evacuate the 48 homes in the building and close down the surrounding streets.

In the following hours the EOD team transported the explosive material to a vacant piece of land on Floris van Adrichemlaan, where they were disposed of in four controlled explosions. After the police searched the apartment a last time, the building was declared safe and residents could return to their homes. This happened around 10:30 p.m., about four hours after the evacuation.

The police are investigating how the Haarlem man came to possess illegal firearms and explosives and why he had them in his home. The suspect is still in custody. According to the police, he had previous contact with the authorities and is known to have psychological problems.