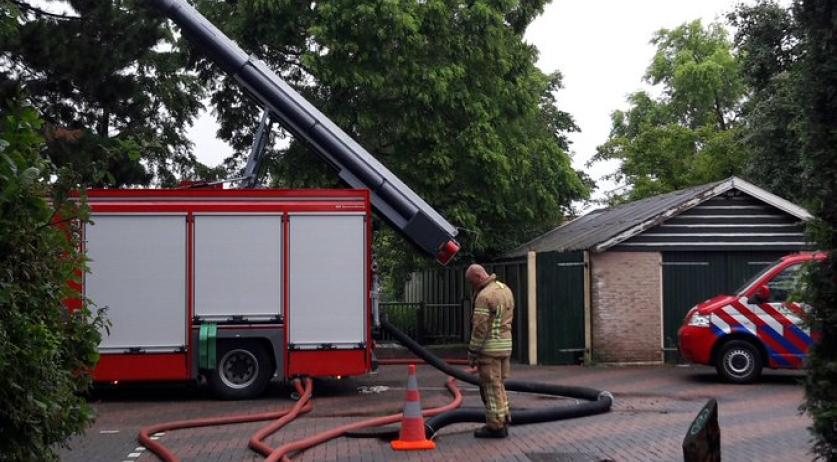 Heavy rainfall across the Netherlands caused problems in many places on Wednesday morning. On Tuesday Weerplaza expected up to 50 millimeters of rain to fall in some places on Wednesday. Around 10:00 a.m. the most rain had fallen in Zuid-Holland and Zeeland, about 34 millimeters, according to the weather service.

In the Zuid-Holland village of Melisant, the fire department called in to help with flooding. The pedestrian tunnel in Roosendaal was flooded on Wednesday morning, according to NOS. Several leaks were discovered in Breda's brand new station. Etten-Leur's sewage system couldn't handle all the water. At least one home had sewage seeping out of its toilet and through the rest of the home, according to Omroep Brabant. And four stalls collapsed in Vinkeveen's yearly market.

Road traffic also experienced some problems, according to traffic information service VID. The A20 towards Hoek van Holland had to be closed for several hours at the Kleinpolderplein junction due to flooding. And the A30 at Lunteren was flooded, which mean that one lane had to be closed. There was also a lot of water on the road on the N381.

Due to these problems, morning rush hour had more than the usual number of traffic jams, despite it being school holiday. According to the ANWB, there were 160 kilometers worth of traffic jams on Dutch roads just before 9:00 a.m., instead of the usual 80 kilos.

On the bright side, the heavy rainfall means that there is no more risk of forest fires. Due to the continuous rain, moisture could penetrate well into the dry ground.

Weerplaza expects that the rainy weather will clear up by this afternoon, making way for sunshine. "Tonight most streets will be dry again", the weather service writes.