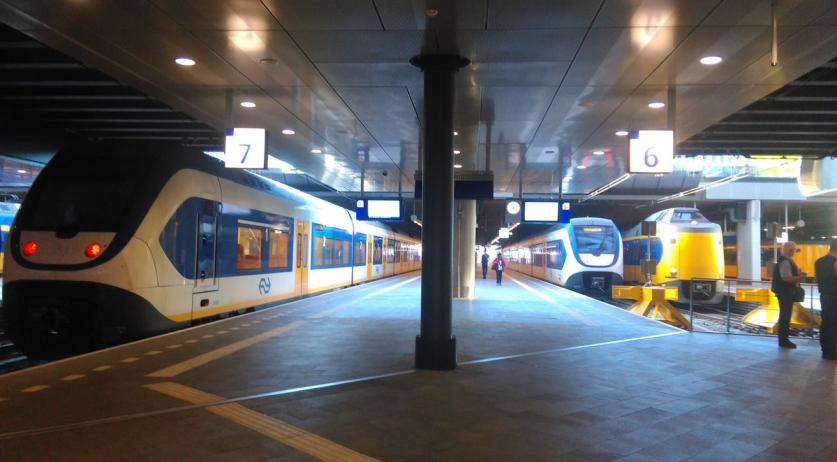 Train travelers can expect rail traffic delays on Monday morning due to a NS worker strike organized by union FNV at Den Haag Centraal and Zwolle stations. The strike started at 5:00 a.m. and will go on until 9:00 a.m.

NS can't say exactly how much delays the strike is causing. But the rail station does warn that the strike may also hinder train traffic in other parts of the Netherlands, and that the delays may last well after the strike is over. Take extra traveling time into account, the rail company advises. By 7:00 a.m. about 90 percent of trains were still departing on time, according to NS.

Striking NS employees are handing out coffee, tea and cake at the two affected stations, according to NOS. And NS is answering travelers questions about delays on Twitter. The rail service also started a live blog with actual information regarding the effects of the strike.

Union FNV Spoor is striking against NS's plans to scale down - the rail company plans to only travel on the main rail network in future, and no longer take part in concessions for regional lines. NS also wants to outsource stores and restaurants on stations. FNV worries that this will result in lost jobs and impossible travel times for remaining employees, because they may be sent to work in other locations.

The union also wants NS to deploy two conductors on all double-decker trains to increase security.