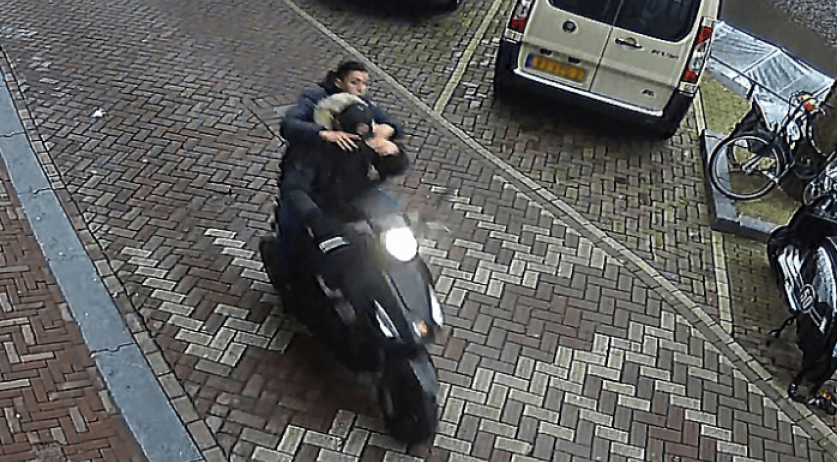 The police released footage of a man suspected of being responsible for a hand grenade left in Amsterdam bar Cafe In The City in February, in the hopes that help from the public will lead to the suspect's identification. Since the footage was shown on Opsporing Verzocht on Tuesday, 22 tips were received, AT5 reports.

The hand grenade was found at the entry of the bar on Kleine-Gartmanplantsoen near the Leidseplein around 3:30 p.m. on February 8th. Surveillance camera footage showed that it was left there by a man who seems to be in his early 20s. He was dressed in dark clothing - a quilted jacket, a so-called bubble coat and a pair of pants that could be motorcycle- or rain pants. His face was covered. The perpetrator fled in the direction of Weteringschans and then towards Ziezeniskade, where a getaway driver was waiting for him on a scooter.

The police are investigating several possible motives for the explosive. One has to do with an altercation between the bar's doorman and a visitor on February 4th. The visitor threatened the doorman, and the police are taking into account that this threat may be related to the hand grenade.