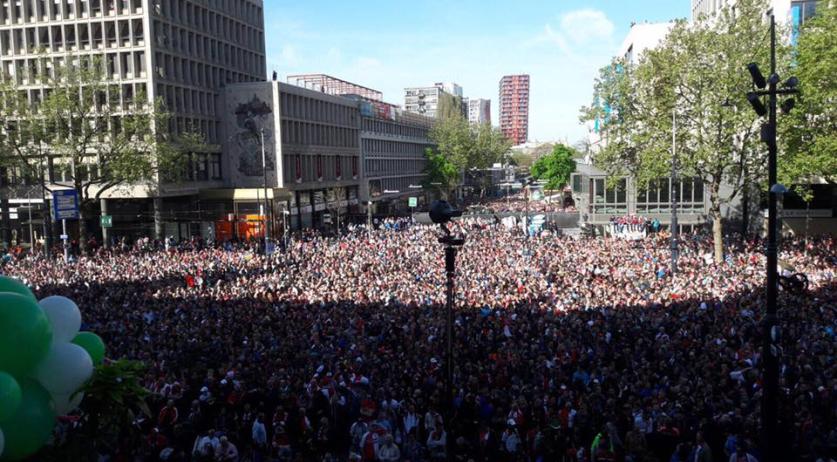 Thousands of Feyenoord fans are gathered in Rotterdam to celebrate their team's victory in the Eredivisie. With about an hour to go before the team is set to appear to their fans, the police are already calling on people to stop coming to the city center - all locations are full. "Celebrate at home or elsewhere", the police said on Twitter.

The Coolsingel and surrounding areas can hold 140 thousand people in total.

Feyenoord captain Dirk Kuijt, his team and trainer Giovanni van Bronckhorst are set to appear on the balcony of the city hall at noon. Mayor Ahmed Aboutaleb and singer Lee Towers are already there waiting for the team, according to NOS.

The local authorities implemented a number of extra measures to make sure that the celebrations go well. This includes 1,000 police officers on the street, a ban on backpacks and face covering clothing and a ban on alcohol on the street, among other things.