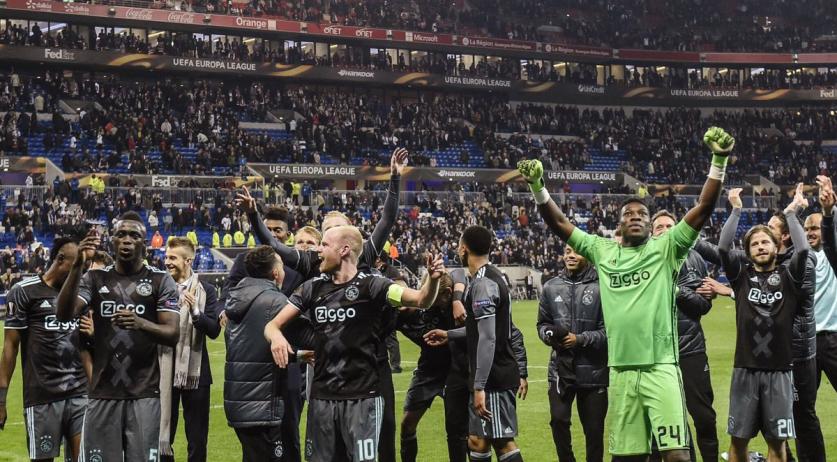 Ajax pushed through to the UEFA Europa League final against Manchester United on May 24th. Ticket sales start Monday. The Amsterdam team has 10 thousand tickets available.

The finals match kicks off at 8:45 p.m. on May 24th in the Friends Arena in Stockholm, Sweden. Ajax fans can buy tickets on the team's online Ticketshop from 10:00 a.m. on Monday. Loyal fans with a so-called "out ticket" get priority and can buy tickets on Monday, followed by season ticket holders on Tuesday. Then members of the supporters union Ajax can buy tickets on Wednesday, and Club Card holders are up on Thursday. Tickets are limited to one per person, and you can't buy a ticket for someone else - you have to submit your ID after buying the ticket, and show it again when collecting and going to the match.

Ajax expects that the demand for tickets will be much higher than the 10 thousand the team has available, so can't guarantee that all four groups will even have a chance to buy tickets.

Manchester United also has 10 thousand tickets for the final. The Friends Arena can hold 54 thousand spectators. The remaining tickets are going to sponsors and neutral supporters, according to RTL Nieuws.