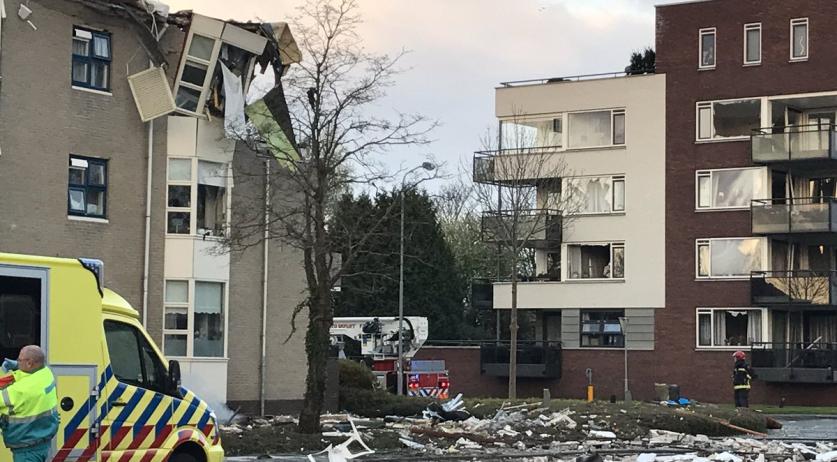 The man killed in an explosion in an apartment building in Veendam on Wednesday morning was 30-year-old Rob, his friend Nathan told newspaper AD. Rob suffered from schizophrenia and had to be forcibly admitted to mental institutions several times, according to Nathan. "He once said: I'll open the gas and light a joint. But then we could convince him not to do it", he said to the newspaper.

Rob's body was lying on the ground near the building for some time. Due to the risk of collapse, emergency services could not cover him up or take him away immediately.

"He had mental problems', a resident of the apartment building said to AD. "He was also an addict. It was hard to make contact with him and he often said that he did not want to live anmore." She and other neighbors believe he caused the explosion himself.

"Things haven't been going well for a while. He was forcibly admitted several times", Nathan said to the newspaper. "He started using cocaine. He constantly saw things that were not there, cars that were following him, people watching him. We barely had any contact with him. His parents went to the judge several times to have him committed. Because the institutions apparently did not always find it necessary. That was difficult, because Rob himself would have nothing of it."

A spokesperson for Acantus, the housing association in charge of the building, told AD that the resident was known as a problem causer and that they were looking for other accommodation for him.

Mayor Sipke Swierstra of Veendam said in a statement that the authorities currently believe it was a gas explosion on the top floor of the four story building. He could not yet confirm whether the resident caused the explosion. "But that is very likely", he said, according to BNR.

Three other people sustained minor injuries in the blast.