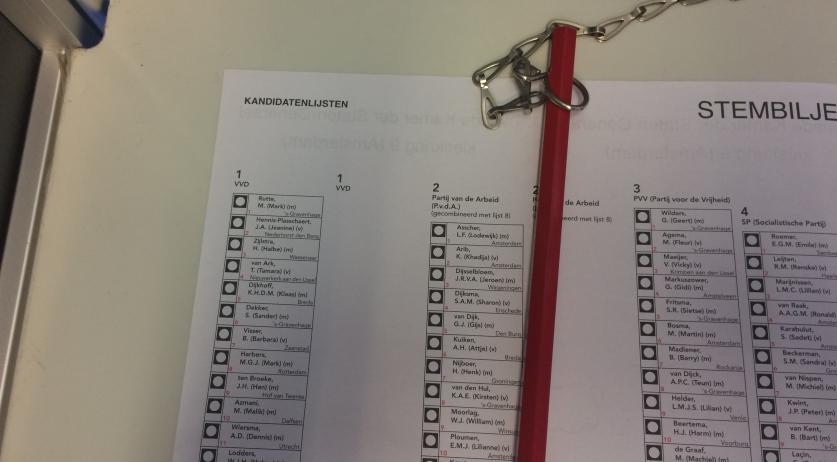 Despite numerous actions to get young Dutch voters, between the ages of 18 and 24 years, to the polls, fewer voted in Wednesday's election than in the 2012 election. In 2012 the turnout for this group was 70 percent, on Wednesday it was 66 percent, according to a large survey by Ipsos. Official results will be released by the Dutch electoral council Kiesraad next week, Het Parool reports.

The fact that fewer young Dutch voted this year is striking, given the extra effort put into getting them to the polls. This included an election party in Amsterdam-Noord, which could only be attended if you brought your ballot and ID. Young Dutch could vote at the party. BNN presenter Tim Hofman also did a tour through the Netherlands and reached out on social media focusing on reaching the 850 thousand young Dutch who were eligible to vote for the first time on Wednesday.

The just older group, between the ages of 25 and 34 years, had a better turnout this year. 82 percent of this group voted, compared to 67 percent in 2012.

If it were only up to the young Dutch voters, left leaning and green parties would be better represented in parliament, according to a NOS study published on Tursday.