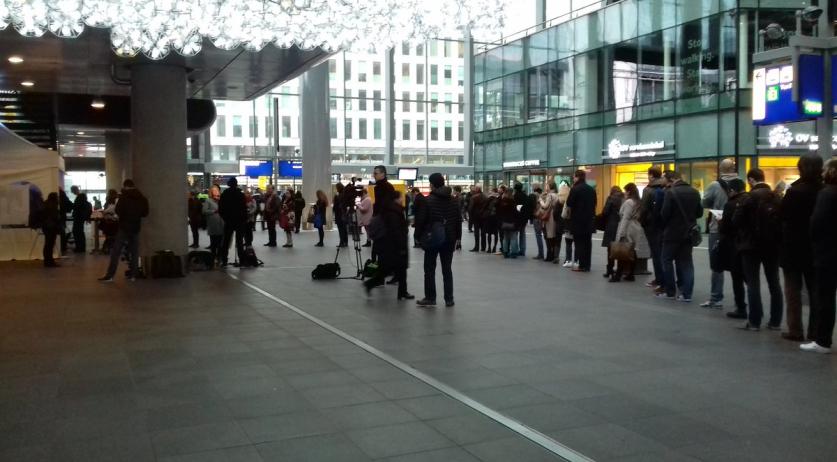 "Key problems" cause polling stations in Almere, Friesland and Tilburg to open late

Not all polling stations opened on time in the Dutch parliamentary election on Wednesday. Polling stations in Almere, Friesland and Tilburg opened later than expected, due to "key problems".

Electoral workers in Tilburg could not open the door to their polling station because the key was missing. Police officers had to come to open the station, according to NOS. The polling station at Almere Central Station opened 15 minutes late because some ballot boxes did not have the required lock. And in Stiens, Friesland the polling station could not open because the key for the padlock with which it was closed was nowhere to be found. A municipal official with bolt cutters came to save the day, according to RTL Nieuws.

Dutch elections are on! Queue at the voting point at the Rotterdam Centraal (train) station. #tk17 pic.twitter.com/HnqFdVgAV6