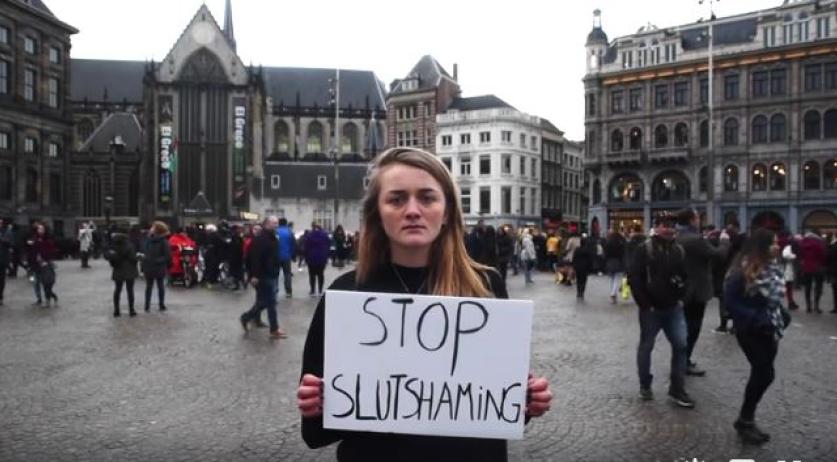 Student Milou Deelen (21) made a video about her experience with "slut shaming" at the Groningen student association Vindicat in honor of International Women's Day. With the video, Deelen wants to draw attention to misogyny in the association, to which she herself fell victim, Het Parool reports.

Deelen's video has been viewed over 375 thousand times.

About 18 months ago Deelen joined Vindicat when she started studying European Languages and Cultures at the University of Groningen. She was soon called a whore, slut, bitch or low woman on a regular basis. The boys in the association have a traditional song they sing about the "lowest woman of the year", and that year it was aimed at her. Male association members wrote that "she can be done" for a pack of smokes and a Smirnoff.

"I felt really humiliated and did not understand why everyone thought it was so funny, when I was so sad", she said, according to the newspaper. The other members told her that she should laugh about it, that it was just fun, but Deelen was not amused.

With the video, Deelen is now making herself heard. "My sexuality belongs to me, and is not material for your joke", she writes on Facebook. "In addition, as a woman I have the same rights as a man. If boys have sex and openly talk about it, it's cool. If girls - like me - do this, it decreases our respect and our dignity."

The response Deelen received on her video was largely positive. Though there are a few comments about how she asked to be shamed by joining a student association known to have a misogynistic culture. "Those negative comments confirm my message", she said, according to Het Parool.

Deelen is still a member of Vindicat and is quick to stress that the association is not all bad. "Membership also gave many beautiful things to me. I've made friends and learned a lot." She doesn't know yet whether she'll remain a member.