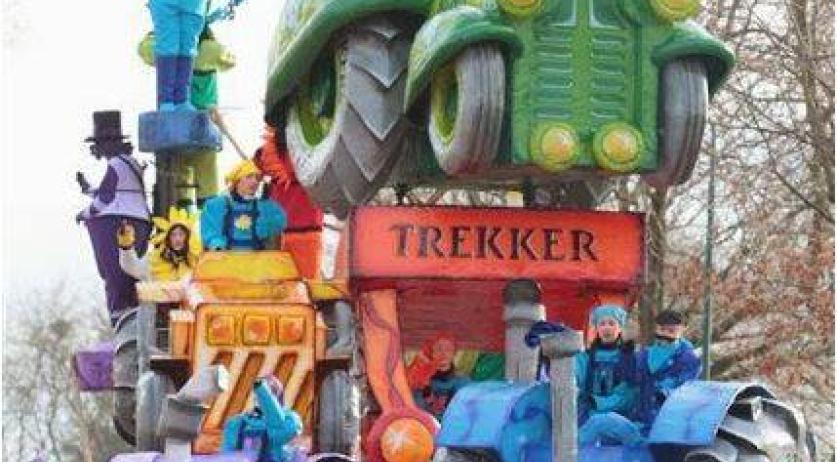 Carnival group De Lolmaakers in Leende decided not to participate in this year's carnival parades on Saturday. On Thursday the police discovered a massive drug lab on the property where they were building their float. As they are not allowed on the crime scene, De Lolmakers won't be able to finish their float in time for the parade.

The group therefore decided to withdraw from the parade in Maarheeze. "Due to the current circumstances, we have decided with pain in our hearts that it is just not feasible. Unfortunately, no parade for us this year.", the group writes on Facebook. "It's a huge disappointment", Bas Bunthof of the Lolmakers said to NU.nl. "We have been building every night and weekend for five months."

The police discovered the massive drug lab on a farm terrain on Hoogeindseweg in Leende on Thursday. According to newspaper AD, the lab was able to produce 100 kilograms of speed per day and 150 kilos of ecstasy. 225 thousand liters of chemicals were found.

The police believe that the buildings on the terrain were specifically built for drug production. Burn marks and chemical stains show that there may have been an explosion or two in the buildings in the past.

The family who lives on the terrain, father, mother and son, were all three arrested. They are still in custody.

De Lolmakers have been building their floats on the terrain for five years and they know the owners well. "They were willing to give us a warehouse. We had good contact with them", Bunthof said to NU.nl.