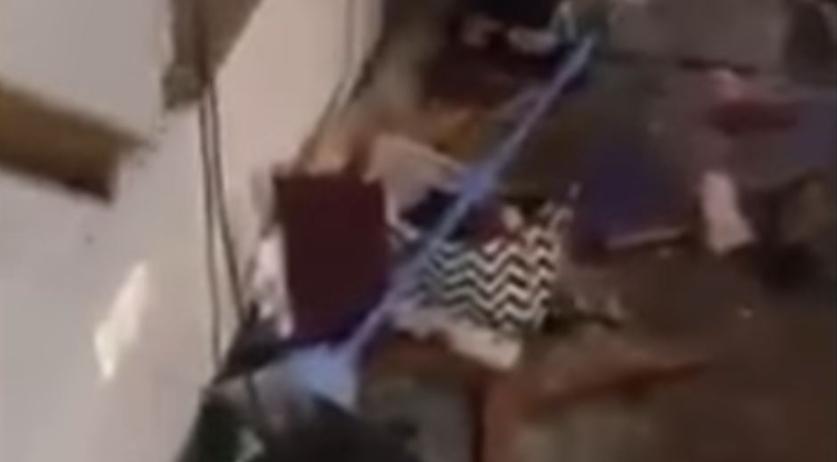 Two videos were posted on YouTube showing the aftermath of a group of Ajax fans being attacked by Legia Warsaw supporters in a bar in Warsaw, Poland. The Amsterdam club is playing against the Warsaw club in the Europa League on Thursday.

According to the Telegraaf, a group of 50 Ajax fans were in a bar called Chmury today when it was suddenly stormed by about 50 masked Legia Warsaw supporters. They first threw stones at the bar and then forced their way in. Once inside they threw tables and chairs. Surprisingly, no one was injured.

"They had gasoline and torches with them, the whole pub is destroyed. They had serious bows and arrows with them!" an Ajax supporter told AT5 after the attack.

A number of Ajax supporters claim that ADO Den Haag supporters were also part of the attack. According to the Telegraaf, ADO Den Haag fans are known to be friendly with the fans of several foreign clubs including Legia Warsaw, Juventus, Swansea City and Club Brugge. Website Groengee;hart.nl states that the relationship between ADO Den Haag and Legia Warsaw started 30 years ago.

Soccernews.nl reports that there were recently rumors about ADO Den Haag hooligans traveling to Poland to join a hardcore group of Legia Warsaw supporters in their hunt for Ajax fans.

The YouTube videos show a lot of damage was inflicted, including broken windows and destroyed furniture.

The Warsaw police are looking for the rioters, but so far no arrests were made.

About 700 Ajax fans will be watching the Europa League match in Warsaw on Thursday. According to the Telegraaf, a number of Ajax fans did not dare go to Warsaw for the match out of fear of disturbances.