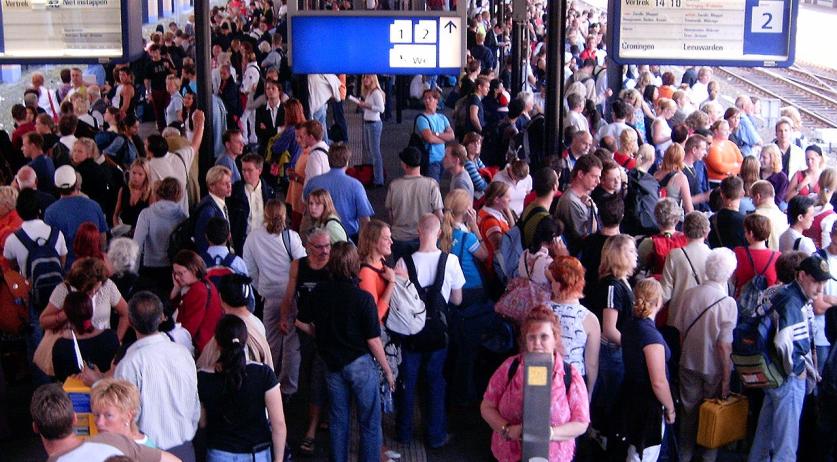 Immigration and an increase in the number of babies born in 2016 pushed the Dutch population over the 17.1 million mark. The four big cities in the Netherlands saw most of the growth, while about 1 in 5 municipalities actually saw their populations shrink, Statistics Netherlands announced on Tuesday.

Amsterdam saw the biggest growth in 2016 with an increase of over 15 thousand residents to a total of almost 850 thousand inhabitants on December 1st, 2016. Rotterdam's population grew with 8 thousand and The Hague and Utrecht with 4 thousand each.

The four large Dutch cities' populations have been increasing more than the Dutch population as a whole since 2008. Between 1 January 2016 and 1 December 2016 the Dutch population grew by 6 people per 1,000 inhabitants. In Amsterdam that was 18 per thousand, in Rotterdam 13, in Utrecht 12 and in The Hague 9.

Natural growth and foreign migration were the driving forces behind the population increase. That means that more babies were born than people died and more immigrants settled in the Netherlands than Dutch people emigrated.

Some smaller municipalities also saw significant increases in the size of their population. These include Blaricum< Rijswijk, Zoeterwoude, Beemster, Bloemendaal and Landsmeer. According to Statistics Netherlands, most of these increases can be attributed to asylum centers in the towns and many asylum migrants registering.

But not all Dutch cities and towns saw population increases. 83 of the 390 Dutch municipalities, 21 percent, saw a decrease in the number of inhabitants. Most of the municipalities are located on the borders of the Netherlands, and especially in the northeastern provinces of Groningen and drenthe. Various Zuid-Limburg municipalities also saw decreasing population sizes.

According to Statistics Netherlands, in almost all these municipalities the decrease was due to fewer babies being born than people dying. That is a consequence of the older population in this region of the country.