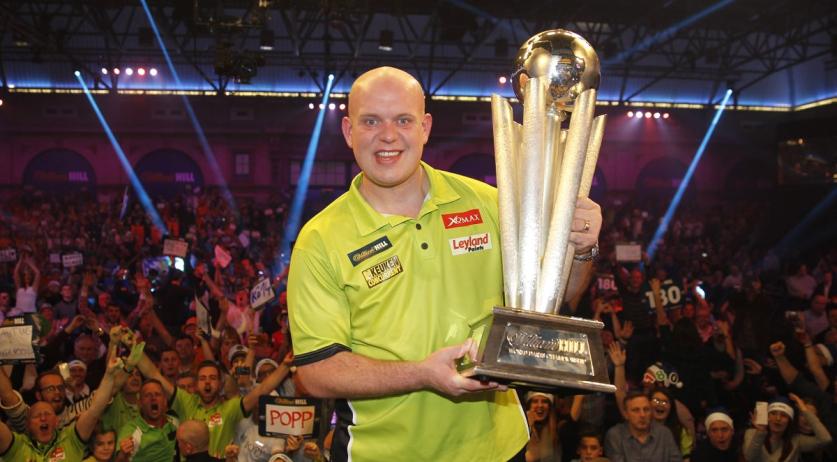 Dutch man Michael van Gerwen won the World Championships for darts in London on Sunday night. For the cup he beat Gary Anderson 7-3. "I've been fighting for this the whole year", a tearfully happy Van Gerwen said to Omroep Brabant.

In advance a massively difficult battle was expected. Van Gerwen and Anderson are both giants in the darts world. But according to the broadcaster, Van Gerwen quickly took the lead. "It was a fairly easy victory for Micheal van Gerwen on Gary Andrson." reporter Joost van Erp said to the broadcaster. "Van Gerwen was the better player and rightly won."

Van Gerwen ended on an average of 108.06. "Was my average 108? That says it all, incredible. Gary put me under pressure early and I missed a few doubles, but then I came back. I m a very happy man right now. I worked very hard for this. This is the most important trophy. I did what I had to do", he said according to NU.nl.

This trophy means a lot to him, Van Gerwen said to RTL Z. "I've gotten a lot of comments in the last two years because I was not world champion. I won all the tournaments and the year ended with the world title. This is something to remember."

Time to celebrate and enjoy it.

Speak to you all tomorrow!!